Counties Power Game of the Week - Weymouth and Maramarua Premier 3 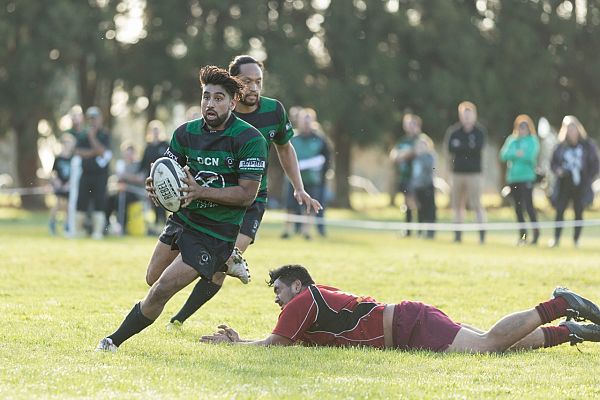 The five-team Premier 3 competition gets underway this week with Weymouth and Maramarua featuring as the Counties Power Game of the Week.

Those two clubs return for a second season along with Puni while Drury and Karaka have entered sides in the grade for the first time.

Weymouth co-coach Campbell Perrin is hoping to lead his side to successive championships having watched the club win the grade last season.

They loom as the obvious favourites but Perrin said he can’t be sure of that until the players take to the field.

“Most of the clubs around the place have been struggling for numbers and a lot of the boys are trying their luck at different clubs and I don’t think anyone is settled yet,” he said.

“We want to change that attitude and make sure we can get back into prem 1.

Perrin is pleased with what he’s seen from his side so far but knows it only starts to count come Saturday.

“We had a couple of pretty good pre-season games. You never know until you come up against those other clubs but I believe we have some pretty good talent.

“We have got a whole lot of new players that have come to the club as well.

“We didn’t realise how many players actually live in our area and go out to into other clubs. If we do well and get into that prem 1 then who knows?”

Weymouth travels to Maramarua for the first week clash.

Puni hosts Drury in the second match of the weekend and coach Jack Kani is comfortable with how his side has shaped up in the pre-season.

“We would love to be a little bit further than where we are at but I am happy enough,” Kani said.

“I can’t complain. Our goal is to get the club up and running for the year and we are on track for that.

“We are about 90 percent from last year. There is a lot of family in there – a lot of nephews and cousins – my brother and his sons are in there. Hopefully we will have one of our grandkids coming up to play for us. He is a 19-year-old but hasn’t played a lot of rugby.”

Kani’s goals are mixed. The competitive side of him is obviously all about winning games but he can also see the big picture and has other factors driving him this season.

“I am always about winning but reality sinks in. I would say we could be about middle of the table but it is more about growing our young men. They come from pretty tough backgrounds and not too many role models in their families. So for them to come along and play rugby and create some friendships for life is one of my big goals.”

Karaka has the opening week bye.