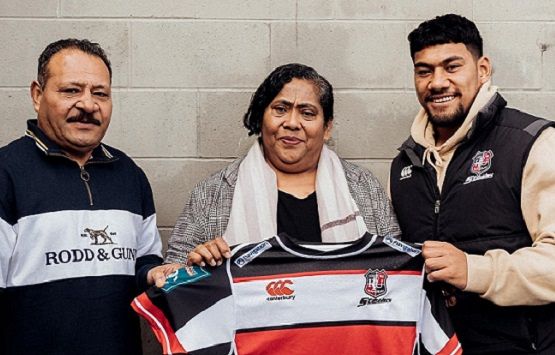 The eight PIC Steelers debutants named in the side to play Otago in their NPC opener on Saturday were presented their playing jerseys by family members in an emotional ceremony at Navigation Homes Stadium.

Each of the players had a family member get up in front of the group and say a few words in the changing rooms while presenting their playing jersey.

It left many of the players in tears while teammates and management were also moved just watching as one-by-one the players were acknowledged for the hard work that goes into getting a debut.

The game is set to kick off at 2.45pm following the Counties Energy Heat playing Canterbury at 11.35am.