Enthusiastic Papakura out for major scalp 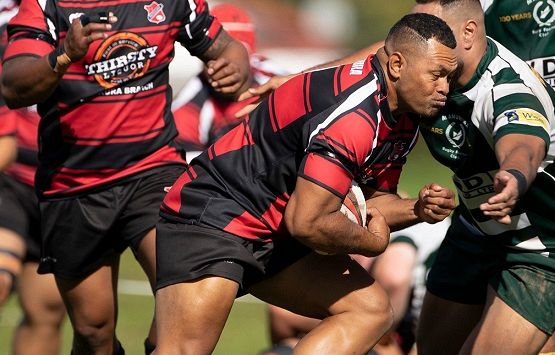 Papakura will take on neighbours Manurewa in a fascinating McNamara Cup battle this week at Mountfort Park with the visitors turning heads last week and becoming the talk of the competition.

While Papakura ultimately lost to Karaka 26-20 at Massey Park in their season opener they pushed the reigning premiers hard and appear to be ready for a significant climb up the ladder this season.

Coach Kerry Petrie has worked hard on the group and has been able to add to it over the off-season.

“We realise to be a genuine contender we need to front each week,” Petrie said. “The boys earnt the right to stay in the game against Karaka.  We had an opportunity to nail it at the end but didn’t take it.

“Our attack couldn’t get fluency or continuity, an aspect we have addressed for this week, especially with the defence pressure Manurewa will apply.

“We are continuing to grow as a squad. The belief is there.”

Elsewhere Karaka heads up the hill to face Bombay in what promises to be a difficult assignment in what will be Patric Tulafasa’s 50th and blazer game. First up winners Ardmore Marist travel to Colin Lawrie Fields to meet Pukekohe, who will be desperate to win after playing reasonably well in their loss to Patumahoe last week.

Both sides are smarting from first up losses but will fancy themselves to bounce back this week.

Patumahoe’s Sid Marshall Shield side plays their first game of the season when they travel to Mountfort Park to play Manurewa while their Bob Chandler Cup side hosts Waiuku.

Maramarua travels to Bombay, Drury hosts Pukekohe while Puni will try to back up their impressive opening week performance against Karaka at Karaka Sports Complex.

Te Kauwhata has the week off.

Manurewa hosts Karaka in the Massey Cup U21 contest at Mountfort Park which features as the Counties Energy Game of the Week.

Manurewa drew with Patumahoe in the tight battle last week while Karaka had a first round bye so both teams will be out to secure a win.

Pukekohe hosts Patumahoe in the other game in the grade, while defending champions Papakura have the bye this week.

Beachlands Maraetai play their first home game of the season when they meet Papakura in the U85kg competition.

Pukekohe takes on Bombay while first up winners Waiuku and Karaka will battle it out at Rugby Park.

Onewhero travels to Karaka Sports Complex to play Karaka in the final game of the round.