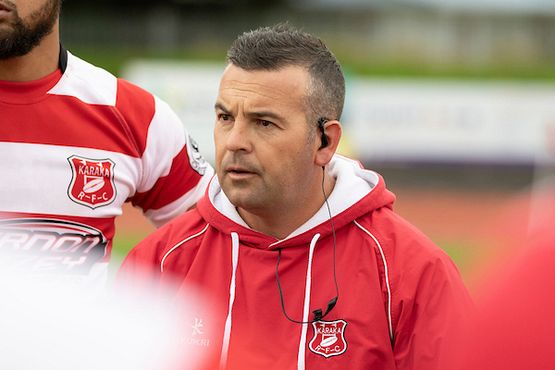 We are very excited to announce that Scott Penney and Dale Tucker have joined Counties Manukau Rugby as the Union’s new Commercial Manager and Rugby & Operations Manager respectively.

Both gentlemen have already made significant contributions to rugby in the Counties Manukau region so it is fantastic to have them both on board to help drive the Union forward.

Scott was an accomplished rugby player, having played premier grade rugby in the Counties Manukau competition as well as first division club rugby in the UK.   Scott played first five eighth in the last Manurewa team to win the Counties Manukau premier grade competition in 1998.  He played 78 games for Manurewa as well as 53 games for the Drury premier team.  Scott was the head coach of the Counties under 16 team and was a member of the coaching team that took the Heat to the final of the Farah Palmer Cup last year.  He currently coaches the Karaka premier team.

Dale joins the Union having recently sold his interest in the foreign exchange business that he co-founded in 2009.   Dale spent over 20 years in the foreign exchange sector whilst at the same time putting a huge amount of time into Pukekohe rugby and Counties rugby.  Dale was the President of Pukekohe’s junior rugby club for four years, he has successfully coached the Counties Manukau Roller Mills team for the last four years and currently helps coach the Pukekohe High School 1st XV.  Dale was a half back for the Pukekohe premier grade team that won the Counties Manukau competition in 1999.

We are very lucky to have two extremely capable and experienced individuals take up two pivotal roles within the Union.   Furthermore, having two great club men working at the Union will help the Union to develop a long-lasting and effective relationship with our clubs which is fundamentally important to the Union.

We are confident that this half back – first five combination is going to take the Union to the next level.