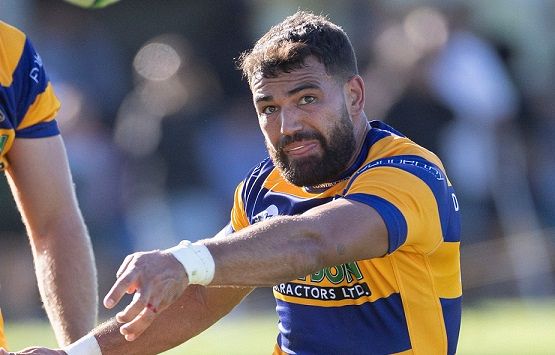 Patumahoe captain Riley Hohepa will play his 100th Premier game for the club on Saturday while winger James Brady brings up 50 games when they face Weymouth at Patumahoe Domain.

For the second week in succession, the club will celebrate a player bringing up their 100th cap, in a testament to the group of experienced players that started out young and are now reaching the peak of their powers.

Hohepa epitomises the Patumahoe culture that has become a dominant force in the region. He came through the club’s U21 system and has developed into one of the premier players in the McNamara Cup.

“Riley is one of the most passionate and proud Patumahoe players we have,” coach Brad Healy said. “He is our leader and wears his heart on his sleeve each week.

“His family will be very proud, and it won’t be hard for the boys to get up for this weekend and follow our skipper into battle.”

The Brady name has been synonymous with Patumahoe Rugby over many generations and Jimmy Brady is the latest to reach a game milestone.

The powerful winger has been knocking on the door of representative selection the past couple of years and is a key player for coach Healy.

“James is another Brady added to a long line of family that have either played or been a part of the club.

“He is a great team man and character. I know his family will be extremely proud of him.”

Patumahoe opened the season with a bonus point win over Pukekohe last weekend.