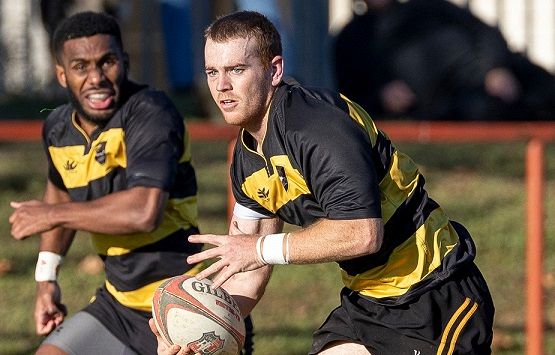 Stand out players during the McNamara Cup season Riley Hohepa, Adam Brash and Ioane Moananu have all been offered PIC Steelers contracts for the upcoming NPC season.

First-five Hohepa has led Patumahoe to an unbeaten run to the final of the McNamara Cup and finished second on the AS Wilcox leaderboard for points scored this season. He has previously played for the PIC Steelers and returns for a third season.

Loose forward Brash has demonstrated a phenomenal work rate while captaining Bombay this season and gets another chance to wear the hoops of Counties Manukau after making the squad last year.

Manurewa hooker Moananu has been exceptional as he has helped his side reach the final. He also featured prominently on the AS Wilcox leaderboard for tries scored this season.

“These three guys have been arguably the three best players in the McNamara Cup this season,” PIC Steelers coach Reon Graham said.

“Every time I have seen them play, they have been among the best on the field, and they deserve their opportunity.

“They were on the radar at the start of the season, and it is very pleasing to see them play to well on their way to earning a contract.”