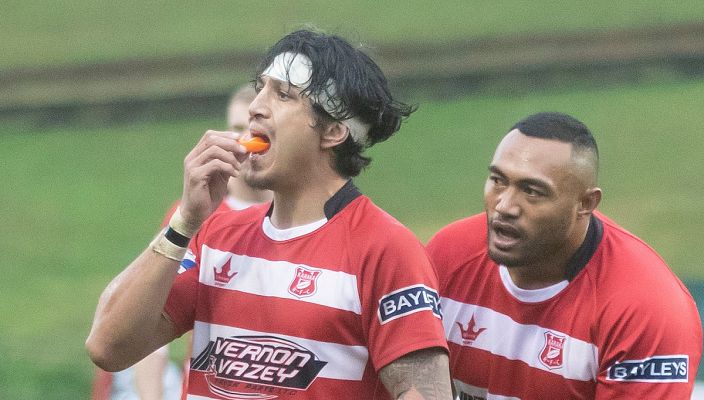 Defending champions Karaka get their first major test of the 2022 McNamara Cup season when they face fellow unbeaten side and last year’s semi-finalists Manurewa at Karaka Sports Complex on Saturday.

The two sides played an epic semi-final last year at the same venue with Manurewa racing out to a resounding halftime lead only for Karaka to fight back in the second spell and snatch a spot in the competition decider towards the end of the game.

Both sides come into the contest with perfect records this season, but both were tested in the opening round with close matches before slightly more convincing wins last week.

Bombay and Papakura meet in a game between two sides yet to record a win but both having shown that they can be competitive this season.

The match will be played up the hill, which gives Bombay an edge, but Papakura will be fired up for a big performance to finish the first partial round.

Patumahoe take their unbeaten record to Bruce Pulman Park, where they will face Ardmore Marist in a repeat of last year’s other semi-final.

The home side fought back to win the game late last year and eliminate Patumahoe so Brad Healy’s side will out for revenge on Saturday.

Pukekohe, fresh off their first win of the season last week, will host Weymouth at Colin Lawrie Fields and will look to keep the visitors winless.

Karaka and Pukekohe meet in an all-Bob Chandler Cup contest at Karaka Sports Complex on Saturday while Patumahoe’s Bob Chandler side travels to Puni for a clash against an in-form side.

Bombay hosts Drury in what should be an interesting match-up at Bombay Domain.

Waiuku will host Te Kohanga in the final game of the round.

Neighbours Karaka and Papakura meet in a key Massey Cup U21 contest while Manurewa heads to Colin Lawrie Fields to face Pukekohe in the other match.

Beachlands Maraetai, fresh off their first win of the year last week, heads to Karaka Sports Complex to play Karaka in the Counties Energy Game of the Week in the U85kg competition.

Elsewhere, Papakura heads up the hill to meet Bombay, Patumahoe hosts Pukekohe while the impressive Waiuku outfit heads over the river to play Onewhero.