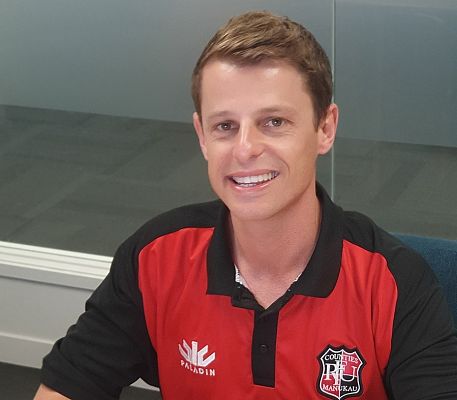 Lawton, a father of two, comes with a strong background in both media and sport and is currently a member of the New Zealand Warriors’ executive team where he works as General Manager Marketing, Communications and Projects.

For the last four years, he’s been responsible for the club’s membership, ticketing and game day programmes as well their marketing and communications efforts.

In 2018, he helped drive two sold out games at Mt Smart Stadium for the first time since 1995 and was heavily involved in the recent negotiations between the Blues and Warriors to bring a combined NRL and Super Rugby game day to Eden Park next year.

Prior to his time in rugby league, Lawton worked initially as a sports reporter for Faifax’s Sunday newspapers before ultimately being appointed as the New Zealand media company’s National Sports Editor at the age of 29.

“Aaron comes to us highly recommended and has a real hunger to work alongside all the Counties Manukau rugby community and take this organisation to new heights.

“He’s a passionate man who shares our vision and we have no doubt he will do a fantastic job, working alongside our great team.”

Lawton will finish up with the Warriors early in the new year before starting with Counties Manukau on January 13.

“I can’t wait to get stuck in and begin working with the team at Counties Manukau Rugby,” he said.

“I’m also excited about getting out in the community and building relationships with the local clubs.

“Counties Manukau is a proud provincial union with such a wonderful history and it’s a real honour to be entrusted with this role.

“It’s a great responsibility but I’m certainly looking forward to the challenge.”