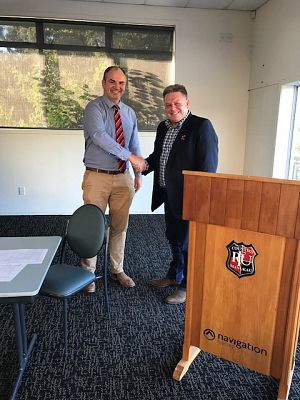 The Counties Manukau Rugby Union wish to formally congratulate Matthew Newman on being elected as a life member at our AGM over the weekend.

Matthew has been a long term financial supporter of Counties Manukau rugby, with South Auckland Motors beginning their 21st year as a Premier Steelers sponsor.

Matthew's administrative invilvement with Counties began in 1999 when he was elected as Director. He held this role for 11 years before resiging in 2009. In 2006, Matthew was elected as CMRFU Chairman where he helped govern the Union through a time of significant change.In 2008 the CMRFU faced exclusion when teh NZRU proposed to create a 10 team premier compitition. Matthew led a national media campaign to garner public support and along with an extremely well planed and executed legal appeal, successfully challenged the NZRU decision. The legacy of this achievement alone has left a significant and lasting impact on many thousands of stakeholders and indeed on the wider New Zealand rugby community.