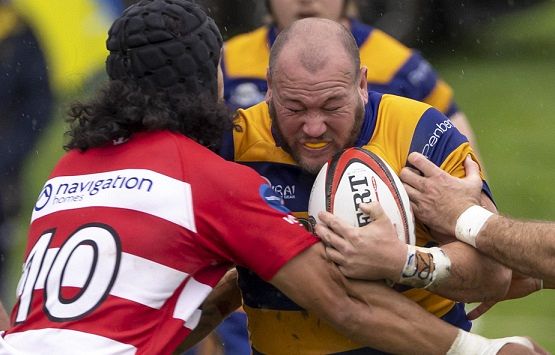 Patumahoe all but secured a home McNamara Cup semi-final after a 19-6 win over Karaka in the Counties Energy Game of the Week at Karaka Sports Complex on Saturday.

Brad Healy’s side won for the eighth time in eight games in 2022 and almost certain to host a semi-final at Patumahoe in three weeks’ time.

There wasn’t a lot between the two sides for much of the game but a try in the final quarter secured a crucial win.

“A great performance by the boys in the wet,” Healy said.

“It was a real team effort. I am really proud and stoked to get the Trevor Wymer Cup back for the season as well.”

Pukekohe moved back into the top four with a 65-0 thrashing of Ardmore Marist at Bruce Pulman Park. They jumped ahead of Bombay in the battle for the last remaining semi-final spot and it could well come down to the head-to-head final round clash between the two sides that determines who makes it.

“We are just going week by week and not looking too far ahead but we are working hard for the fourth spot.”

Bombay pushed Manurewa hard but ultimately went down 27-16 at Bombay.

The win ensures Manurewa keeps hard on the heels of Patumahoe and is more than five points clear of Karaka in the battle for the all-important home semi-final.

“Bombay on the hill is always a well-earned victory,” Manurewa’s Jeremy Clark said. “Saturday was a tough grind in the weather, so I was happy with the points picked up.”

Papakura scored a rewarding 49-7 win over Weymouth at Laurie Gibbons Reserve to jump up to sixth ahead of Ardmore Marist.

While disappointed to be out of the playoff hunt, Papakura will be keen to finish the season strongly and finish out of the bottom two spots.

Puni grabbed a 12-5 win over Waiuku in a battle between two of the leading Sid Marshall Shield sides.

Both sides look playoffs bound but that will be a statement victory for the visitors.

Karaka moved to the top of the Massey Cup U21 standings with a 50-0 thrashing of defending champions Papakura while Manurewa edged Pukekohe 15-13 at Colin Lawrie Fields.

Waiuku and Onewhero progressed to the final of the Under 85kg competition next weekend after the two top qualifiers won their semi-finals with narrow margins.

Waiuku beat Karaka 13-10 while Onewhero proved too good for Patumahoe for the second week running as they knocked out the defending champions with a 10-8 win.