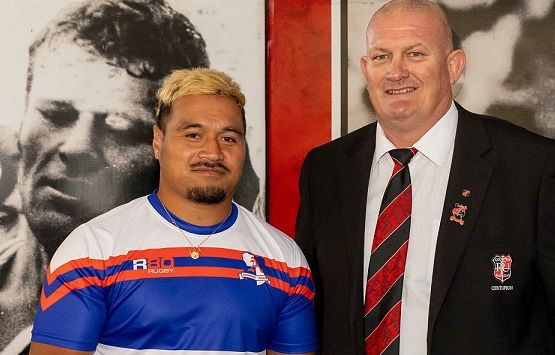 Samoan international Tuala played over 50 times for the Steelers, primarily as a fullback, from 2009-2014 before heading to Europe where he made a name for himself with the Northampton Saints.

Fellow Samoan international AJ Alatimu has also signed to play with the PIC Steelers, giving Graham another option at the crucial first-five position.

Another James Cook High School product, Alatimu played club rugby for Ardmore Marist before heading offshore, where he played for the Western Force and more recently the Seattle Seawolves in Major League Rugby.

The 29-year-old Alatimu was the leading point-scorer in MLR in 2022.

“Ahsee and AJ are both local boys that began their professional careers here before heading off overseas to chase their dreams,” Graham said.

“It is great to be able to bring them home and to be able to call upon their experience, particularly in those key game-driving positions.

“I’ve worked with both players before and know they epitomise what it means to wear the hoops of Counties Manukau.”