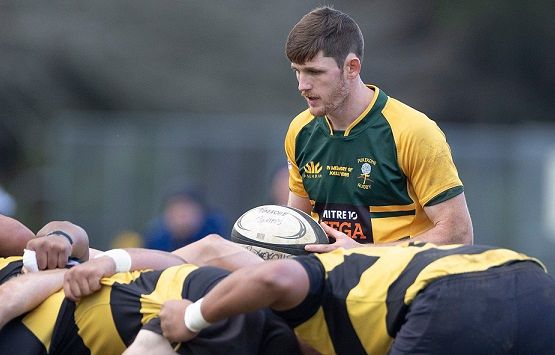 Pukekohe beat Bombay 22-16 at Colin Lawrie Fields on Saturday to book the last remaining spot in the McNamara Cup semi-finals.

Michael Porter’s side withstood a ferocious challenge from the visitors but were ultimately able to come out on top and secure a sudden death showdown with unbeaten Patumahoe next weekend.

“Now we turn our focus to our neighbours Patumahoe and we will be looking forward to it.”

Patumahoe completed the perfect round robin thanks to a 47-6 win over Papakura at Patumahoe Domain.

They had to battle hard early but eventually had too much class for a valiant Papakura side.

“It was a great effort from the boys.

“Now the real job starts with a home semi against Pukekohe.”

Karaka warmed up for their winner-takes-all semi-final against Manurewa next week with a massive 111-0 demolition of Ardmore Marist at Bruce Pulman Park.

It was one-way traffic for the visitors as they shot out to an early lead and then reminded everyone about how much firepower they possess, to completely blow last year’s finalists off the park.

“We were looking to eliminate any errors and work on areas we felt have been letting us down,” coach Craig Hill said.

“I was really pleased with our support play and the option taking was very good.”

Manurewa picked up a walk-over win against Weymouth, who were forced to default after illness spread through the team this week.

The maximum points confirmed Manurewa a home semi-final against Karaka next weekend at Mountfort Park.

Te Kauwhata scored an edge-of-your-seat 12-11 win over Drury in a repeat of last year’s Sid Marshall Shield final at Drury.

It means both sides maintain a top four position.

Puni remained the pick of the Sid Marshall sides as they grabbed a convincing 69-5 win over Tuakau at Tuakau while Waiuku maintained their place in the Sid Marshall top four with a narrow 23-21 win over Maramarua.

Karaka staged a late fight back to edge Patumahoe 23-21 in a top-of-the-table Massey Cup U21 contest.

Manurewa beat Papakura 61-19 in the other match in the grade.

The results mean Karaka secures a home semi-final next week against Pukekohe while Patumahoe will host Manurewa in the other semi.