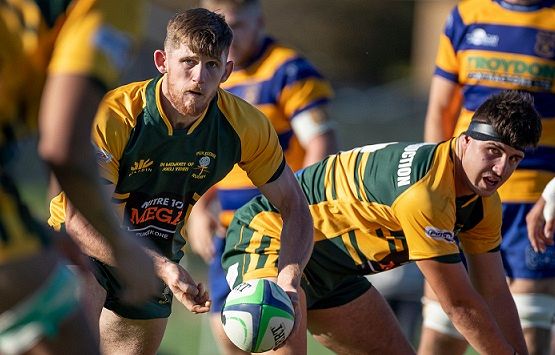 The Pukekohe club enjoyed some titanic battles with Manurewa as the two clubs dominated Counties Manukau club rugby during 1990s when both sides had the majority of Steelers players in their midst.

Manurewa have looked like title contenders through the opening rounds of the 2022 competition and remain one of only two unbeaten sides.

Pukekohe meanwhile will look to keep a two-game winning streak going as they prepare to get some reinforcements in the coming weeks in the form of rep stars Jared Page and Sam Henwood.

“We know Rewa are a big, physical pack and so our forward pack will need to step it up this week,” coach Michael Porter said.

“They are also strong out wide so we will be looking to come up with a plan to shut them down.”

Weymouth will host defending champions Karaka at Laurie Gibbons Reserve. Weymouth competed well against Ardmore Marist in the opening week but have been on the end of lopsided scores in their most recent two matches.

Karaka will be hoping to bounce back after a narrow loss to Manurewa at home last week.

Papakura will be in search of their first win of the McNamara Cup season when they host neighbours Ardmore Marist at Massey Park.

The contest looms as a title battle with both sides desperate for the win.

Unbeaten Patumahoe returns home to host Bombay in a battle between two clubs that have a close association with one another. Many players have played for both clubs over the years and there is some family blood running across both clubs as well.

Maramarua hosts Te Kauwhata in the annual Gum Boot Game between the two rural clubs in a match-up of Sid Marshall Shield combatants.

The game features as the Counties Energy Game of the Week and a big crowd is expected.

Pukekohe hosts Bombay in a Bob Chandler Cup match-up at Colin Lawrie Fields on Saturday. The visitors will still be smarting from a loss to Drury last week.

Te Kohanga travels to Patumahoe to play the club’s Sid Marshall Shield side – one that is looking for its first competition points of 2022.

Finally, Puni is back facing a fellow Sid Marshall Shield outfit this week when they meet Drury at home.

Pukekohe hosts Karaka in the Massey Cup U21 competition while defending champions Papakura head to Patumahoe in the other game.

Two forms side meet in the U85 Championship with Karaka heading to Rugby Park to play Waiuku.

Papakura are on the road against Ponsonby in Women’s Premier competition while Manurewa are away to College Rifles and Ardmore Marist travels to Te Papapa Onehunga.