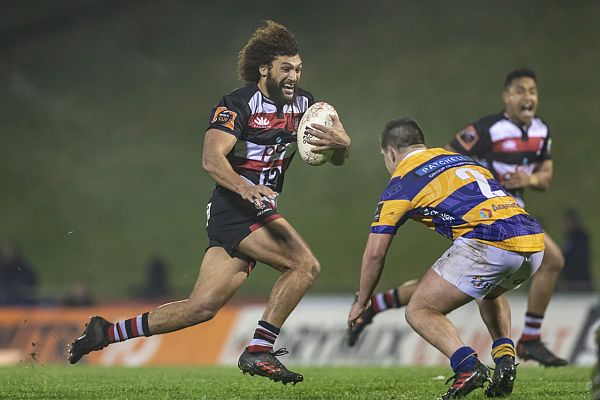 RD 2 WRAP VS BAY OF PLENTY

Steelers edged in battle for the Chiefs Country Cup

So close but without reward for the PIC Counties Manukau Steelers who were edged 22-17 at Navigation Homes Stadium in Pukekohe.

While the opening bonus point loss to Auckland came with a fast start and slow finish, this time the Steelers took 35 minutes to get into the opposition half, with a Joe Royal try off a rolling maul giving them a 5-10 halftime deficit.

The defence was much improved in this game, and withstood a BOP onslaught as Mike Delaney controlled territory for the visitors in the opening 40 minutes.

But the Steelers stepped up in the second half with a superb Latiume Fosita pass leading to a try for Sione Molia.

The Steelers had a number of chances with some physical driving play but it was the visitors who snatched an opportunist second try to fullback Chase Tiatia to open to a 22-12 advantage with 20 minutes remaining.

Again the Steelers piled on the pressure with a number of rolling mauls with captain Sam Henwood taking advantage of a quick free-kick to dart over.

The Steelers had one last chance with a massive scrum leading to a lineout penalty, and while the drive appeared to be sacked, the whistle instead sounded ultimately for the end of the game.

“I was quite [proud of the boys. Our one-on-one defence let us down against Auckland, but it stood up well in that first half especially,” said coach Darryl Suasua.

“We pushed hard and probably did not trust our driving maul enough. We are very close and started to show how dangerous we can be with ball in-hand.

“I thought we were hard done-by with that last lineout but that is the way it goes.”

Henwood and fellow loosie Fotu Lokotui were outstanding; Fosita was industrious at first-five and the pack were strong at scrum and lineout.

The Steelers next match is at home on Wednesday 29 August against Taranaki.