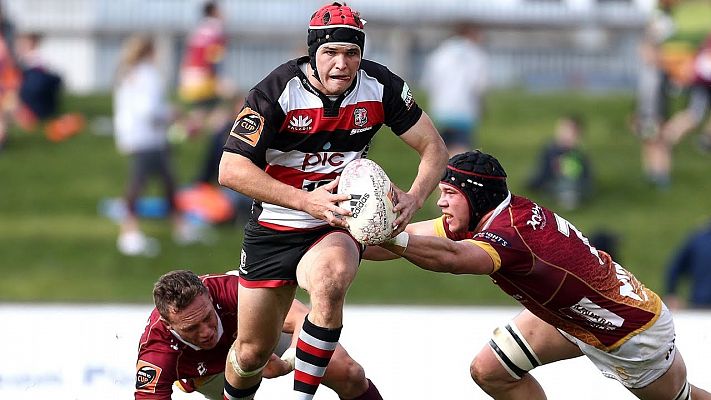 The PIC Counties Manukau Steelers produced some renowned running rugby in the middle 40 minutes, bagging six tries on the way to a 43-26 win over Southland at Invercargill.

The home side looked dangerous for the opening2 0 minutes holding a 14-0 lead, with some fast and aggressive defence and attack on the flanks.

But the Steelers found their feet, and with the green light from coach Darryl Suasua to flick their attacking switch, they turned things around to take a 19-14 lead in to halftime.

It started with a textbook driving maul try to Fotu Lokotui which seemed to spark them into life.

An outstanding backline move found centre Sam Furniss in space, putting Lateru Laulala in for the try. They took the lead just before halftime after a break by man-of-the-match Cardiff Vaega, an excellent kick and chase from winger Tevita Nabura and finishing try to halfback Te Aihe Toma.

The Steelers started as the left off in the second half when Latiume Fosita kicked intelligently, Nabura collected with Nigel Ah Wong in the clear to score.

While Furniss was under an HIA test, Sevens star Etene Nanai-Seturo came on for his debut, and with his first touch stepped superbly on the short side to put Laulala clear with his infield pass collected by hooker Joe Royal to score, which gave the Steelers 33-14 advantage.

The Steelers pushed further ahead at the 62nd minute which began from a 5m scrum and break by Ah Wong to put Vaega over for the 40-14 advantage.

The visitors then perhaps loosened their grip a little, with a Laulala penalty giving them safety as Southland scored two late tries to give them a bonus point.

The bonus point win for the Steelers lifted them temporarily to fourth in the competition.

For the Steelers Vaega had another strong game; the lineout around captain Matiaha Martin and Viliame Rarasea was outstanding; loosie Matt Vaai was imposing with ball in hand while Laulala kicked smartly and added thrust from the back.

The Steelers return home for their next home game against Wellington at Navigation Homes Stadium in Pukekohe this Saturday at 2.05pm. It is the Jonah Lomu Memorial Game with all tickets at $11 of which $1 goes to the Franklin Hospice. All children under 13 are free on to the embankment.