Suetena Asomua to start against Fiji for NZ Under 20's. 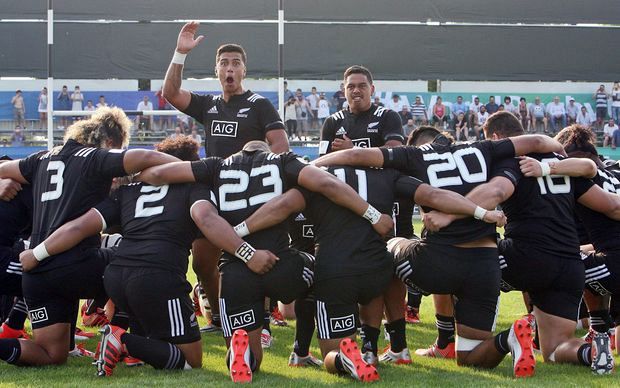 New Zealand Under 20 Coach Craig Philpott has rung in the changes ahead of their second Oceania Rugby U20 Championship match, with six players set to pull on the black jersey for the first time and a total of 18 changes to the squad.

The team face Fiji tonight at 5pm (NZT) at Bond University, Gold Coast, their second of three matches in the competition.

The team is;
1. Sione Asi - Manawatu
2. Flynn Thomas - Southland
3. Suetena Asomua- Counties Manukau
4. Waimana Riedlinger-Kapa - Auckland
5. William Tucker - Canterbury
6. Devan Flanders - Hawke's Bay
7. William Tremain - Hawke's Bay
8. Hoskins Sotutu - Auckland
9. Xavier Roe - Waikato
10. Ciarahn Matoearanaki - Taranaki
11. Ngane Punivai - Canterbury
12. Harry Plummer - captain - Auckland
13. Billy Proctor - Wellington
14. Tanielu Tele'a -Auckland
15. Jamie Spowart - Tasman
16. Ricky Jackson - Otago
17. Kaliopasi Uluilakepa - Wellington
18. Tevita Mafileo - Bay of Plenty
19. John Akau'ola-Laula - Auckland
20. Tom Christie - Canterbury
21. Tom Florence - Taranaki
22. Jay Renton - Southland
23. Scott Gregory - Northland
Suetana Asomua, William Tucker, Ngane Punivai and Jamie Spowart take positions in the starting line up after sitting out the first match, while Jay Renton and Scott Gregory join the bench.
Captain Tom Christie moves to the bench which will see Harry Plummer lead the team from second five-eighth. Plummer is just one of four players, along with Flanders, Proctor and Tele’a to retain starting positions.
Philpott said the intention was to make sure all members of the squad got game time during the series, with the aim of giving everyone a run-on start by end of the competition.
“This is about selection for the World Championships first and foremost, so we need to give players the opportunity to put their best foot forward.”
The New Zealand Under 20s opened the Oceania Championships with a dominant 97-0 victory over Tonga on Friday night.
“Both sides of the scoreboard were good for us, we got to exercise our attack strategies and have a very happy defence coach and that sets a good standard for us.”
While the performance was pleasing, Philpott said the group of players selected for this evening’s encounter will have areas to build on.
“Even though we scored a lot of points we probably left a few out there particularly looking after the ball in contact. On defence we had great intent, but we want to focus on the accuracy in that area.”
Schedule for Oceania Under 20 Championship:
Friday 27 April v Tonga – WIN 97-0
Tuesday 1 May v Fiji, 5.00pm NZT
Saturday 5 May v Australia, 9.00pm NZT
Watch the Oceania Under 20 Championship
All games will be live streamed on http://www.rugby.com.au/ and the Oceania Rugby facebook page.