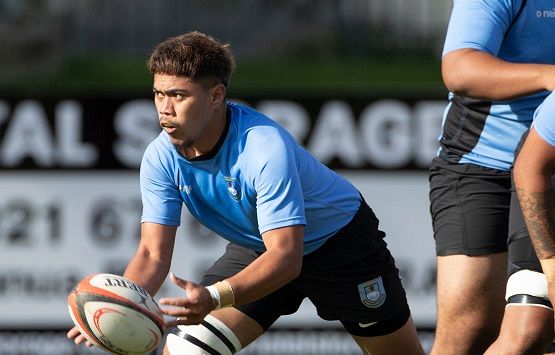 Weymouth will get their best chance at victory in this year’s McNamara Cup when they face Ardmore Marist at Bruce Pulman Park on Saturday.

The team has fought hard but is winless through the 2022 season – their second back in the top grade – but pushed Ardmore Marist hard in the opening match of the season at Laurie Gibbons Field.

It also represented the only win for the home side so far.

Both teams will be refreshed after the break over Queen’s Birthday and will be determined to score a confidence-boosting win in what will be the livestream game.

Elsewhere Pukekohe will look to hand Patumahoe their first defeat of the season when the two neighbours square-off at Colin Lawrie Fields.

An upset win would go a long way to securing Pukekohe a spot in the semi-finals.

Bombay, who are tied with Pukekohe in fourth spot on the table, will look to upset defending champions Karaka at Karaka Sports Complex.

Coming off a last start win over Papakura, Bombay are shaping to repeat what they did last season when they got more competitive as the season progressed.

Manurewa will look to keep pace with Patumahoe and Karaka when they travel to Massey Park to tackle neighbours Papakura.

The latter is probably out of the semi-final race after their recent loss to Bombay but will continue to be a threat for the contending teams with their ability to raise their game.

Puni hosts Maramarua in an all-Sid Marshall Shield clash while Drury and Patumahoe also battle each other in a contest between two similar sides.

Patumahoe is at home to Pukekohe in Massey Cup U21 action while Karaka hosts Manurewa at Karaka Sports Complex.

The Counties Energy Game of the Week will be staged at Onewhero this week as the Onewhero U85kg side battles defending champions Patumahoe.

Semi-final hosting rights are on the line – that advantage could be one that has a big impact on the overall outcome.

Elsewhere, Beachlands Maraetai hosts Pukekohe at Te Puru Park, Papakura travels to Waiuku and Karaka is at home to Bombay.