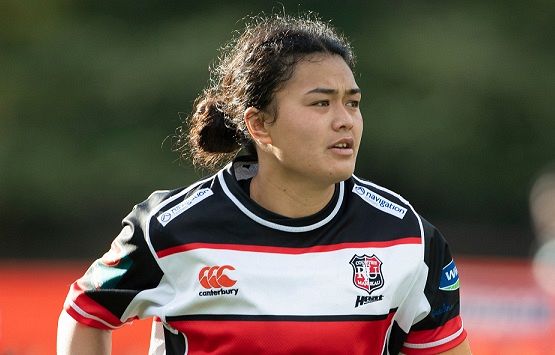 Five debutants and two new players are featured in the Counties Manukau Heat squad set to take on the Farah Palmer Cup this season.

Counties Energy Hear coach JP Faamausili and his staff have confirmed a squad of 31 for the national provincial competition, which begins with an away game to neighbours Auckland on Saturday July 16.

Outside back Trinity Glassie, halfback Jaymie Kolose, locks Paris Mataroa and Margaret Manase as well as well as prop Lara Samuelu have all been named to make their FPC debuts.

Mererangi Paul and Malia Tova will also make their first appearances for the Counties Energy Heat having already played FPC at other provinces.

The highly respected Shyanne Thompson has been confirmed as the captain of the side while Ti Tauasosi will be the vice-captain this season.

“It is a huge honour and a privilege to be named captain,” Thompson said. “I started off in this team as a rookie in 2018 and had so much to learn. But I had support of such amazing wahine around that became my sisters.

“This province and union are like a second home and whanau to me so to be able to lead this Heat team for 2022, there are no words to explain how honoured I am.

“The preparation put into this season campaign thus far has been next level. The amount of genuine care around our squad from the Union, coaches, management, whanau and each individual in our squad is huge.

“A highlight was definitely the pre-season camp we had at Camp Adair. Just to have the opportunity to connect with each other off the rugby field has created a new vibe and bond for our team, which excites me for the campaign ahead.

“Going for the Premiership is definitely the goal and I know we have the right team from coaches, management and players to compete for the title.

“A quote that stuck with me from our connection camp was: “In order for everyone else to believe, you must believe in yourself first,” and that’s something I have for this team – belief.”

After a couple of seasons disrupted by COVID, Counties Energy Heat JP Faamausili is looking forward to what this side can do.

“I am very happy with the squad that we have assembled this season,” Faamausili said. “The whole group is very excited to be able to put our best foot forward and take on a full campaign for the first time in a couple of years.”

The Counties Energy Heat have their first home game of the season ats Navigation Homes Stadium on Sunday 24 July at 2.05pm when they meet the Wellington Pride.