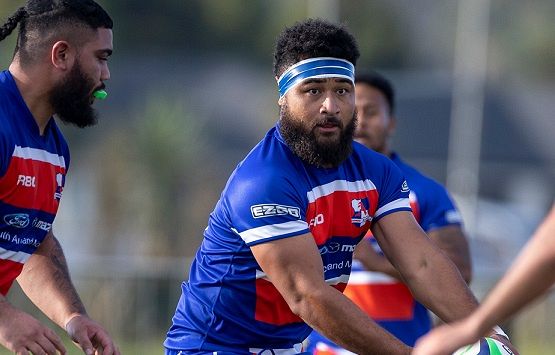 Ardmore Marist won for just the second time in 2022 as they claimed a 36-19 win over Weymouth at Bruce Pulman Park in McNamara Cup action on Saturday.

Having won their opening game of the season – also against Weymouth – Ardmore Marist have found themselves on the wrong end of score lines since.

But a strong performance in front of their home crowd doubled their win tally.

"We had a very slow start, letting in two easy tries in the first 10 minutes but then wrestled back control of the game," coach Duncan McGrory said.

"We got back into the structure and Weymouth struggled to keep up."

Defending champions Karaka and Bombay drew 10-10 in a tight contest at Karaka Sports Complex with conditions making the game into a real close quarters battle.

“We had our chances but couldn’t convert them into points.

“Difficult underfoot conditions for both teams.”

The result pushes Bombay into the top four and sets up a head-to-head battle with Pukekohe for a semi-final berth.

Patumahoe continued their unbeaten run in the 2022 competition – the McNamara Cup leaders eased past Pukekohe 38-5 at Colin Lawrie Fields.

“I was really happy with the effort and the patience from the boys through the whole 80 minutes.”

Manurewa had little trouble in thrashing neighbours Papakura 65-5 at Massey Park to move up to second in the standings.

“Papakura is a big side so we knew physically we would be tested,” Manurewa coach Jeremy Clark said.

“The game was a tough 80 minutes and Papakura never stopped to their credit.

“We put together a good performance, got points when we needed to. The weather wasn’t the greatest, so we had to grind hard.”

Patumahoe moved to the top of the Bob Chandler Cup standings thanks to an impressive 41-5 win over defending Sid Marshall Shield champions Te Kauwhata in Te Kauwhata.

Pukekohe’s Bob Chandler side proved too strong for Waiuku’s Sid Marshall team 29-20 while Drury continued their strong run with a 21-5 victory over Patumahoe in an all-Sid Marshall match-up.

Puni thumped Maramarua 38-0 in a convincing win while Manurewa picked up an impressive 54-22 road win at Te Kohanaga.

Manurewa edged Karaka 17-13 in yet another round of tight Massey Cup U21 competition play. Patumahoe claimed a narrow 7-5 win over Pukekohe to move to the top of the table.

Onewhero claimed a vital 32-23 win over Patumahoe at Onewhero in the Counties Energy Game of the Week in U85kg action.

The win will mean Onewhero gets to host a semi-final – with home advantage proving a significant factor this season.

Top-of-the-table Waiuku thumped Papakura 83-7 while Karaka scored a 45-0 win over Bombay and Beachlands Maraetai claimed a 17-10 win over Pukekohe.

Ardmore Marist Women put in a valiant effort but fell to Auckland Marist 18-12 in a tight contest in the semi-finals of the Auckland Premier competition.

Manurewa meanwhile hammered Te Papapa/Onehunga 49-14, Papakura lost to Albany 48-20 and Patumahoe went down 30-10 to College Rifles in the 10-a-side competition.