Around the Grounds - February 23 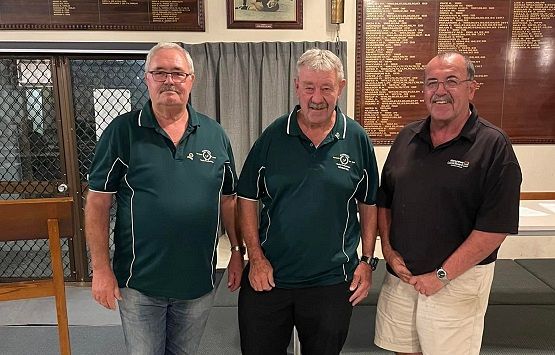 Is North v South game going to happen?
Now that the draw for the McNamara Cup has been confirmed I’m hearing there are whispers of a North v South match being talked about for Queen’s Birthday weekend.
The concept would be supported by PIC Steelers coach Reon Graham and by the Union, who see the game as a perfect trial for aspiring PIC Steelers players.
Watch this space.

Get-away for Academy
The Counties Manukau Rugby Academy spent three days last week in Pauanui building on culture and connection. The group was split into mini teams and did a series of tasks from master chef to putting up tents.
They finished off by climbing up to the top of Pauanui Mountain – my spies tell me Community boss Scott Penney made it to the top – just. And no, he didn’t need the Westpac Rescue helicopter despite rumours to the contrary.

More life memberships
This time it was Manurewa Rugby Club handing out some much-deserved recognition for a couple of long-serving loyal club men.
At their recent AGM, Manurewa made Geoff Robertson and Chris Brown life members.
A huge congratulations to a couple of popular servants to rugby in these parts.

Wedding bells
A huge congratulations to PIC Steelers and Patumahoe halfback Liam Daniela, who got married over the weekend.
Daniela married his long-time partner Bailee at a ceremony attended by a number of his teammates and coaches.

Hitting the pavement
Counties Manukau Rugby chief executive Aaron Lawton has taken on a personal challenge issued by Navigation Homes boss Nathan Hall.
The pair have committed to running 1000 kilometres this year and both are hard at work to try and knock off the milestone.
You will regularly see Lawton running around the block during his lunch break.

Referees begin pre-season
Most people think about pre-season rugby is all about players dragging themselves off the couch or away from BBQs to put in the mahi but spare a thought for referees too.
Referee pre-season training begins this week and I’m told Brandon Roberts is planning on putting the group through their paces.