Around the Grounds - July 15 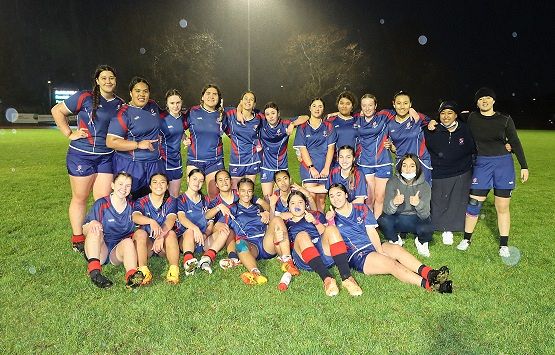 Royal brings up milestone
One of the key players for Patumahoe in the McNamara Cup final will be hooker Joe Royal, who will bring up a milestone in the big game.
Royal, who has played for Bay of Plenty and North Harbour in addition to the PIC Steelers, will bring up 50 McNamara Cup games for the blue and golds.

Referees appointed for final
Brandon Roberts has been handed his second successive McNamara Cup final and will control Saturday’s Premier game between Patumahoe and Manurewa.
Assisting him will be Rob Shore and Jacques Beukman while John Wright will control the Massey Cup U21 final between Karaka and Patumahoe. Liam Sargent and William Devenish will be his assistant referees.

Hill to move into commentary box
Last year’s McNamara Cup-winning coach Craig Hill has been good enough to make himself available to provide expert analysis on this weekend’s livestream of the competition final.
Hill’s Karaka side, who won their maiden title a year ago, were knocked out in a thrilling semi-final at Manurewa last Saturday.
Hill will join Dale Budge to help commentate the decider.

International debut
Local referee Harley Brown made his international rugby debut over the weekend – he was called up to take over when the appointed referee had to come off with injury.
He officiated the last 25 minutes at Massey Park in a new world record score of 152-0 with Fiji thumping PNG in the Oceania Cup.

Maramarua under lights
Rural club Maramarua will mark a special occasion on Friday night when they host Tuakau in an all-Sid Marshall Shield contest at Maramarua.
It will be the first time the club has played a game at night since they had new lights installed at the club.

Patumahoe having a fine season
There will be plenty of blue and gold in the grandstands at Navigation Homes Stadium on Saturday with Patumahoe qualifying for the McNamara Cup final as well as the Massey Cup U21 decider.
It caps another remarkable season for club. In addition to those two finals the club’s Bob Chandler side sits atop the competition standings while the U85kg side lost in the semi-finals.