Around the Grounds - June 10 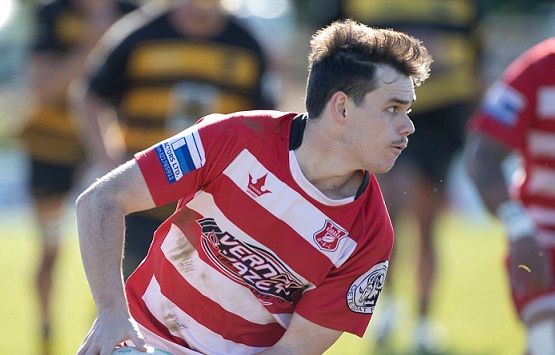 Tubic starts for Black Ferns
Counties Energy Heat star Hazel Tubic has been named to start at first-five for the Black Ferns when they face Canada at Waitakere Stadium on Sunday.
The Manurewa player comes into the side in the pivotal 10 jersey for her 12th test match.
The game kicks off at 2.45pm.

Karaka Juniors celebrate anniversary
The Karaka Junior Rugby Club celebrates its 50th anniversary this weekend.
There will be bouncy castles, Lil Orbit Donuts and kids having fun all day on Saturday at Karaka Sports Complex.

Open Day for Supporters Club
The Counties Manukau Rugby Supporters Club will hold an Open Day on Saturday from 11am-1pm at Navigation Homes Stadium.
Supporters Club membership fees remain at $40 for the season and paid up members from last year will have their membership carried forward to this year.
A bumper season awaits with eight home games between the PIC Steelers and Counties Energy Heat along with a number of other representative fixtures.

Milestones for Karaka players
Good friends Zac Smith and Matthew Hill will play their 50th games for the Karaka Premier side on Saturday when they play Bombay at Karaka Sports Complex.
Lock Smith and halfback Hill are close friends, they both joined the club immediately after leaving school and have been having a friendly competition about which player would earn their blazer first so it is fitting they actually achieve the milestone in the same game.

Oceania Super Sevens comp a real coup
The All Blacks and Black Ferns Sevens teams are likely to feature all of their big guns when they take to the field on Matariki weekend.
With the Commonwealth Games just around corner, the teams will see the Pukekohe tournament as the last build-up toe the year’s biggest event.

Secondary School Roadshow in full swing
The Community Rugby Champions (CRC’s) have been on the ground over the past week delivering their Secondary Schools Roadshows. Alfriston College and Rosehill College have been lucky enough to have all their teams put through a warm-up regime endorsed by NZ Rugby and local legend Kevin McQuoid, along with tackle/breakdown clarity and the newly formed game set to be launched here in Counties Manukau later this year, 5-ALIVE.
Over 150+ students have had the opportunity from the two schools with another two schools lined up for the weeks ahead.
Shaun Atamu leads the team on the roadshow, which has seen Liam Daniela put his coaching skills to the test, Siaosi Lealiifano gain the buy in from the students and John Hall continue momentum in the female space. Moreover, the union’s strength and conditioning guru Jed Knox joined the team on the ground to help push out the warm-up in the schools.