Around the Grounds - June 24 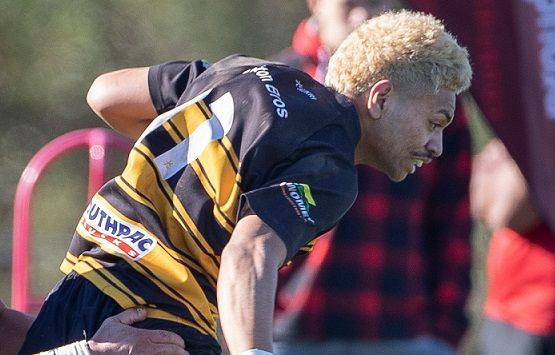 Steelers to face Ireland in training runs
The PIC Steelers will run some opposed training sessions against the Irish international side next week.
Ireland is set to play three test matches against the All Blacks in what is expected to be a tightly fought series and will get some practice in against Reon Graham’s side.
The PIC Steelers will get their opposed run next Wednesday at North Harbour Stadium but it will be behind closed doors with spectators and cameras banned.

Heat in pre-season camp
The Counties Energy Heat are taking part in a three-day camp at Camp Adair in the Hunua Ranges over Matariki Weekend as they prepare for the upcoming Farah Palmer Cup.
The squad will spend time getting to know each other on a more personal level and work on culture and attitudes as well as undertaking some team-building exercises.
The squad will be officially announced next week.

Star winger brings big-time entertainment
Bombay winger Trinity Sanele has impressed with his athleticism on the end of the team’s back-line this season but his entertaining antics have earned the effervescent player some new fans.
The natural crowd pleaser was seen doing stationary back-flips to keep himself warm and the crowd entertained during breaks in play in Thursday night’s win over Weymouth.
His rare skills were on show later in the game as he made a spectacular dive in the corner to score a brilliant try.

Oceania Super Sevens underway
The Oceania Super Sevens competition gets underway today with the All Blacks Sevens team first in action when they host Tonga from 11am.
The two Black Ferns sides will play games three and four in the opening round of matches.
All teams play an early round game before returning for a later game from 5pm.
Tickets are available via https://steelers.flicket.co.nz/.

Oceania Sevens Volunteers needed
Counties Manukau Rugby is seeking volunteers to assist on game days over the Matariki Weekend for the Oceania Super Sevens competition at Navigation Homes Stadium.
There are a range of roles and any help would be appreciated.
Interested parties should email Annette Tossell on annette.tossell@steelers.co.nz.

Patumahoe clinch home semi
Patumahoe’s win over Ardmore Marist on Thursday night secures Brad Healy’s side a home semi-final in a fortnight.
The battle is on for the other home semi with second-placed Manurewa hosting third-placed Karaka at Mountfort Park on Saturday. A win for the home side will secure them a home semi.
Next week’s clash between Pukekohe and Bombay will decide which of those two clubs progresses to the semi-finals.