Around the Grounds - March 31 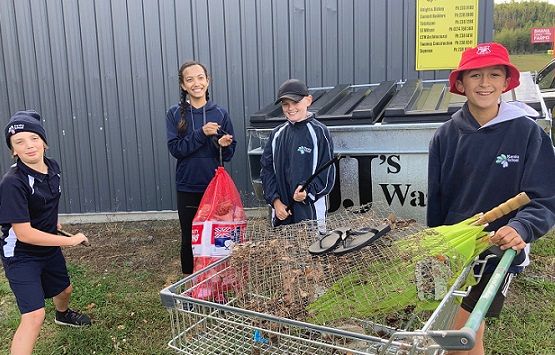 AGM hits the right note
A nice addition to the Counties Manukau Rugby AGM on Sunday was that of a Karakia performed by Counties Maori chairman Robert Clark.
Not only was there a Karakia to open and close proceedings but there was an emotional tribute to those members that have passed away over the last 12 months, including some monumental figures in our organisation’s history.
It was also a special night for long-serving referee and administrator Gary Martin, who was awarded life membership.
As Clark mentioned, it was nice to have our rugby community together in a room again after so many COVID disruptions.

Club heroes recognised
Also at the AGM was the announcement of the annual club award winners and a number of people and clubs were recognised.
Karaka’s Benji Malimali was named AS Wilcox Premier Club Player of the Year while Patumahoe took out the John Nicholson Trophy for club of the year.
Patmahoe’s Paul Batters was recognised for enormous amount of work he does for the club with the Volunteer of the Year award while Onewhero’s Tim Foote was presented with the George Bell Memorial Trophy for long service.
Lauren Jenner won the Referee of the Year award.

Something to look forward to
While there has been a lot of bad news recently, I am hearing there is about to be some seriously exciting news coming out of Navigation Homes Stadium in the next week or so.
Keep your eyes peeled.

Students go above and beyond
Four students helping Counties Orienteering with an event they were running at Navigation Homes Stadium went above and beyond in a terrific gesture for the community.
The students were completing community service hours for their William Pike Challenge Award and while they had an hour to kill, they picked up rubbish around the stadium.
It is fair to say Navigation Homes Stadium looks terrific and we offer a huge thanks to those that went the extra mile.

Livestream to begin this weekend
The team at Counties Manukau Rugby and Counties Sports Hub will start their broadcast of games via the livestream this weekend when Pukekohe hosts Patumahoe in a pre-season fixture at Colin Lawrie Fields.
The plan is to then livestream Saturday’s pre-season match at Karaka Sports Complex when the defending McNamara Cup champions take on Manurewa.

Reon on One News
How cool was it seeing the back story behind what drives new PIC Steelers coach Reon Graham on One News this week?
The station featured a detailed piece with Graham about his appointment and coming through the club system, the heart attack that nearly killed him a number of years ago and how family drives him and supports him.