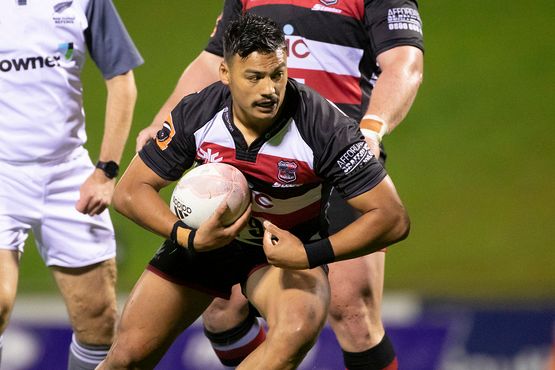 The Counties Manukau PIC Steelers produced a much better performance but were still comprehensively beaten by Canterbury 38-5 at Orangetheory Stadium in Christchurch.

On the back of their most disappointing effort of the season last week against Southland, the PIC Steelers lifted the quality of their performance a notch or two but ultimately proved no match for a Canterbury side that were smarting from their shock loss to Manawatu.

The visitors were forced to defend for the opening 10 minutes of the game deep inside their own end and for the most part they looked solid. But a big Canterbury scrum, put the heat on a defensive scrum and in the ensuing chaos they managed to steal the ball and score.

Canterbury continued to get the lion’s share of territory and possession through the opening half hour and eventually the weight of that pressure took its toll and Mitchell Drummond dived over from close range.

To rub salt into their wounds, winger Kalione Hala won the race to the ball moments later and looked to have scored but the TMO found a knock-on as Hala reached out to place the ball over the line.

Drummond scored on the stroke of halftime to take control of the game and make a comeback that much more challenging for the PIC Steelers.

The fact that the home side did not concede a single penalty in the first half certainly contributed to their dominance.

It was more of the same in the second spell as the home side impressed with their ball play while their defence remained watertight.

Daryl Suasua’s side showed plenty of fight and they finally got a small reward when winger Kirisi Kuridrani dotted down out wide on the back of some nice ball movement.

The PIC Steelers return home to Navigation Homes Stadium in Pukekohe next Thursday night for a crucial contest against Hawke’s Bay in what is now almost a must-win game if they are to avoid relegation into the Championship.