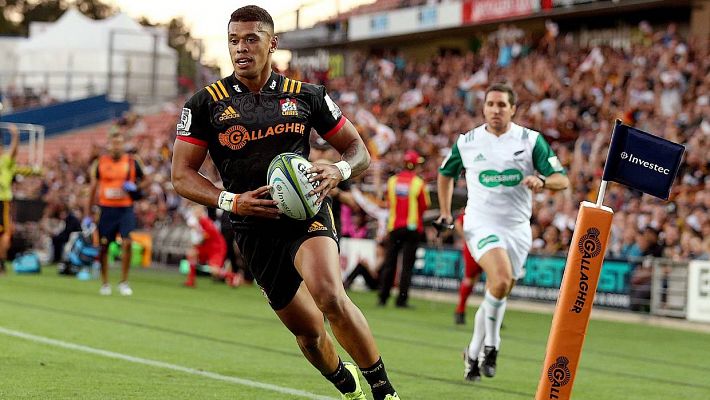 Etene Nanai-Seturo continues to revel in his success and ability after being named as the First Windows and Doors Gallagher Chiefs Rookie of the Year. Our young star has had an outstanding debut season for the Club, which has included scoring 25 points in his eleven appearances.

The 2019 Chiefs Rugby Club awards dinner held at SKYCITY on Tuesday evening celebrated the achievements of the Gallagher Chiefs, University of Waikato Under 20’s and Splice Construction Chiefs Development teams’ success in front of a vastly attended audience of teammates, family and Chiefs Rugby Club stakeholders.

Chiefs Rugby Club CEO Michael Collins said: “It was fantastic to be able to host an evening at SKYCITY with our Chiefs Rugby Club whanau, sponsors and investors to celebrate and acknowledge the success and contribution our Club has made so far in 2019.”

Etene is also on the wing for the New Zealand Under 20s game against South Africa tomorrow in their final pool game of the Junior World Under 20 Championship in Argentina.

First Windows and Doors Gallagher Chiefs Rookie of the Year

Gallagher Chiefs Personality of the Year

University of Waikato Under 20’s Player of the Year