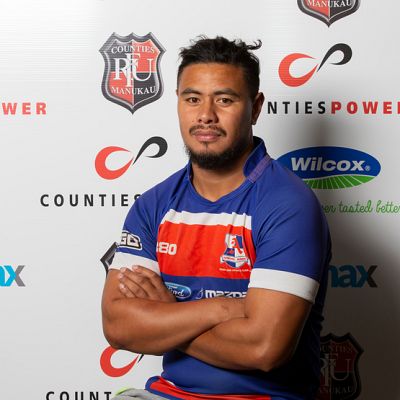 Nine competitive sides this week begin their quest for the McNamara Cup and to be crowned the best club side in the Counties Manukau region.

It took 20 minutes of extra time in last July’s final for Ardmore Marist South Auckland Motors to be declared winners and another long, tough season awaits the combatants over the coming months.

The reigning champions start their title defence on the road at Massey Park as they meet Papakura Ray White – a team many are considering to be the big movers in 2019.

Senior players from all nine clubs came together at The Good Home in Pukekohe last week for a season launch. They were asked a series of questions including who the favourites were and who the most improved outfit would be. Papakura was a clear choice for the majority when it comes to the most improved side.

The new coaching combination in former Steelers players Shaun Clotworthy and Sione Sione will try to build on the hard work done over the past couple of seasons and they could well be a team capable of making the semi-finals in 2019 especially after picking up a couple of seasoned pros during the off-season.

Ardmore Marist were tipped by most as the team to beat again this year, not surprising given the impressive season they put together last year. Their points differential was over 100 points superior to that of their nearest rival and coach Doug Sanft has the fortune of bringing back the majority of that roster again this season.

They get a tricky assignment first up however.

Manurewa Kidd Contracting made some big strides last year and were unlucky to be eliminated in the semi-finals. Coach Jeremy Clark returns this season with more experience under his belt and the expectation is that his side will take another step forward having gone through the disappointment of falling short 12 months ago. Clark boasts a pack with plenty of size and some skilful backs and should feature at the pointy end of the season.

“We have no expectations really – we weren’t champs last year,” Clark said.

“The boys are still a little hurt with how it all finished last season and hopefully they will have that fire in the belly to push on this season.”

Manurewa will host Bombay in the opening weekend in what promises to be a mouth-watering clash at Mountfort Park. The game serves as the very first Counties Power Game of the Week.

“Their forward pack is traditionally strong so we know to expect a tough battle up front,” Clark added.

“Starting against a strong side is a good thing – it will give us a good assessment of where we are at right from the get-go.”

Bombay are a season removed from winning four straight titles and they finished the year strongly in 2018. A slow start hurt Bombay badly last season but the return of title-winning coaches Jeff Marr and Paul Wheeler should see the black and gold outfit back in the playoff mix.

“The team was disappointed with how the season finished in 2018 and are keen to make amends this year,” Marr said. “We are looking forward to having competitive units in both senior grades in 2019.”

For many of the Patumahoe players they took part in a final for the first time and will be better for the experience.

They make the trek over the Waikato river to face Onewhero Silver Fern Marquees in their season opener.

The two sides met in a pre-season fixture a fortnight ago and Onewhero dominated proceedings.

Former Kiwis league international Lesley Vainikolo is back for a second season at the helm of Onewhero and will look to turn his side into a more consistent outfit this year. They will rely on some seasoned veterans and their ever-strong forward pack to keep them in the hunt.

Waiuku Brian James Contracting underwent a bit of a rebuilding phase last season and they hope that produces some fruit in 2019. New coach Lawrence Lawrence will take over a side that has a strong nucleus but will need some new or younger players to take a step forward.

They get a tough first up game at home against Karaka, who made it as far as the semi-finals last season.

Karaka coach Scott Penney will tackle a second season as head coach and there has been a bit of player movement so he will have a bit of a new look squad to play with. The expectation is Karaka should be a playoff contender again in 2019.

Pukekohe Mitre 10 Mega have a bye first up. They will look to improve on a disappointing 2018 season where they were out of playoff contention well before the end of the season.

Former Super Rugby player Sean Polwart has taken the reins as coach and the club will look to celebrate the planned late-season opening of their new clubrooms with a playoff charge this season.

Other senior grades begin playing at the end of the month.