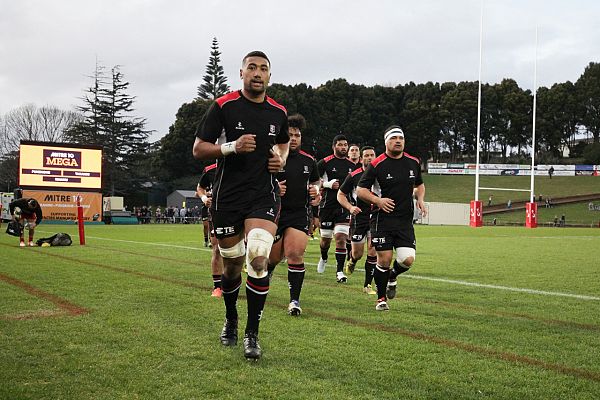 The PIC Counties Manukau Steelers co-captain, Jimmy Tupou comes back from injury to earn his 50th cap in Friday's Mitre 10 Cup clash against Waikato in Hamilton.

Tupou has been out for several weeks with a hamstring injury but returns after playing a full game for Counties B last week.

It is the only change from the side that beat Auckland at ECOLight Stadium in the opening round, with lock Viliame Rarasea not considered for selection after receiving a head knock in the course of that victory.

After edging their northern neighbours, the PIC Steelers now turn their attention to their neighbours to the south in what will be a potential Chiefs trial game.

It is also an opportunity to honour their co-captain Tupou, who made his debut against Southland in 2012. He was just 20 at the time, and had played for the New Zealand Under-20s that season.

“For me it is a very proud moment. It honestly doesn’t seem that long ago when I got my first cap against Southland,” said the 25 year old Tupou.

“This is big for me because it is hard to get to 50 caps these days. It is a proud moment and I know my parents and family will be down to support me this week for that honour.”

His 50 Mitre 10 Cup caps sit alongside his 45 caps in Super Rugby for the Crusaders and now the Blues.

Back from injury is big Fijian winger Tevita Nabura, an outstanding contributor for Waiuku in the Counties Manukau competition, will comes into the reserves.