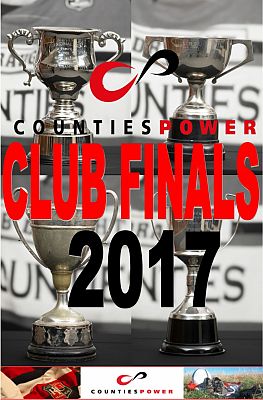 For the third time in four seasons Bombay Gough Cat and Karaka will play in the McNamara Cup premier 1 final but these two clubs couldn’t be more different if they tried.

Bombay is gunning for an incredible fourth-straight championship – something that hasn’t been done since Manurewa’s run from 1990-1995.

Karaka on the other hand are hoping to break their duck having come so close on a number of previous occasions.

Coach Craig Hill would dearly love to be lead the side to their first ever McNamara Cup but admits they will have their work cut out trying to lift it.

“We are certainly going to be underdogs – they are three-time defending champions and they certainly know how to win these things – we just have to bring it,” the former first-five said.

“We have to be very accurate with what we do especially set piece wise to get enough ball to put them under pressure around the park.”

Steelers first-five Baden Kerr missed the semifinal win over Patumahoe but is a likely starter on Saturday and his long and accurate goal-kicking as well as big game experience would be invaluable for Karaka.

“He’s every chance to play and that will be important in these sorts of games,” Hill admitted.

Bombay have been the dominant force in the Counties Manukau competition for the past four seasons and romped their way through the regular season to top the standings this season.

But coach Jeff Marr knows plenty of good sides have fallen over at the final hurdle and he is expecting a bruising encounter.

“We all know Karaka are really desperate to get this win – everyone is desperate to win a McNamara Cup,” Marr said.

“The guys are really grounded and have worked hard and there is a deep brotherhood amongst the team – they’ve been there before and know what it takes and I know we will leave no stone unturned in preparing for Karaka.

“Karaka have done really well and they will be good opponents. We have been in two finals against them before so it will be a tough game.”

Demonstrating the depth the two clubs have they will also contest the Bob Chandler Memorial Premier 2 final as well. Karaka actually has teams in all four senior finals in a remarkable season for the club.

“Both teams are playing in the reserve final as well and it is great for both clubs to have them in both finals,” Marr added. “I just hope we have lots of black and gold supporters there cheering our teams on.”

Karaka thrashed Bombay Pokeno Bacon 76-0 in the Premier 2 grade back in week two of the competition. By the second round however Bombay had improved enough to push Karaka although they ultimately went down 20-14.

It sets up the perfect curtain-raiser for the McNamara Cup final on EcoLight Stadium number 1.

Patumahoe won both meetings between the two sides during round robin play and will go into the match as favourites but Karaka has slowly improved all season and will provide a stern test.

The decider will be held on EcoLight Stadium number 2 at 1pm.

The two clubs also provide the finalists for the Under 85kg final as well. Karaka were one of only two sides to beat Patumahoe Pak N Save this season but last year’s defending champions improved as the season went on and beat Karaka late in round robin play to go through as top qualifiers and set up a home final. The match will be held at Patumahoe Domain and kick-off at 1pm

It shapes as an intriguing final in a grade that has become significantly more competitive over the past two years.