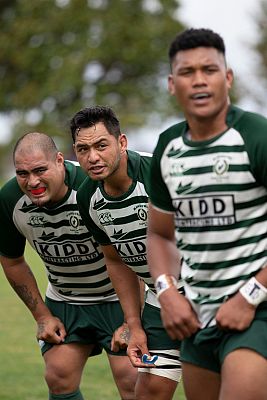 A rejuvenated Karaka will run into the seriously in-form Manurewa Kidd Contracting in the Counties Power Game of the Week on Saturday.

After a slow start on the back of injuries and unavailability Karaka has started to find top form in recent weeks. After a couple of close losses to top sides Scott Penney’s team has won back-to-back games over Bombay and Papakura Ray White.

“We are getting some healthy players back and we still have a few to come back in the next few weeks as well,” Penney said.

“If we can get as many points out of the next three games as possible we should be in a healthy place going into the second round.”

They run into a Manurewa side that has hit top form, demolishing the previously unbeaten Pukekohe Mitre 10 Mega and last year’s runners-up Patumahoe Troydon Patumahoe Hotel in successive weeks.

“Going into Rewa this week – Jezza [Manurewa coach Jeremy Clark] has that team clicking quite nicely and it is going to be a test for us but we have to concentrate on ourselves, go out there and get everything right and see what happens,” Penney said.

“We have proven over the last three weeks that we can score points so now we have to show some patience. We tend to want to fire all the bullets at once instead of holding back and waiting until we get into the right areas.

“If we can improve that and show what we are trying to do at training with defense then I think we can trouble Rewa but if we don’t get that defense right it could be a long day at the office.”

Most coaches use the philosophy of focusing on their own team’s performance in the first round before starting to come up with specific game plans to combat their opposition in the second round of the competition, once they’ve seen everyone in the flesh.

“I am a little different,” Penney said. “With the footage now you can look at the way everyone else is playing from the Monday night. You never know you might pick up on something that they are doing quite well that we can introduce into our game.”

Manurewa has moved to within a point of the top of the table Ardmore-Marist South Auckland Motors in what has become a big of a logjam on the ladder. A solitary point separates the top three (Ardmore-Marist, Manurewa and Bombay) with Pukekohe, Patumahoe and Karaka all within touching distance of the top four.

Clark feels there isn’t a lot between the top six sides and concedes every game between them will be crucial in determining the outcome of the season.

“There are six teams that are close,” he explained. “Karaka will be a tough one and we can’t look too far past that one.

“Ardmore have been leading the table so I think they are the team to beat. Them and Puke and Patty – Patty will be around at the back end of the season.”