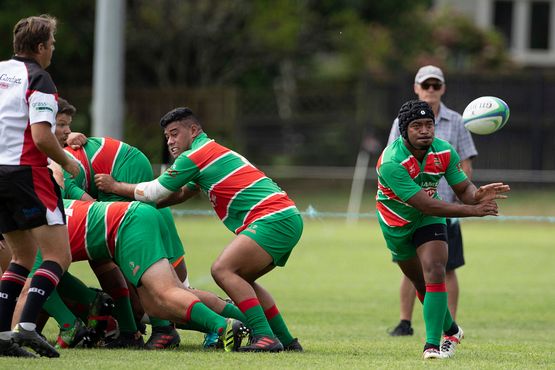 Pukekohe Mitre 10 Mega heads to Rugby Park on Saturday knowing a bonus point win over Waiuku Brian James Contracting will send them back to the McNamara Cup semi-finals for the first time since 2016.

The game features as the Counties Power Game of the Week with so much riding on its outcome. Should Pukekohe not bank maximum points it will leave the door open for Patumahoe Troydon Patumahoe Hotel and Karaka to potentially sneak into the semi-finals.

Pukekohe has hit form again at the right time of the season but coach Sean Polwart knows Waiuku will not be an easy win.

“We all remember what they did to us in round one at home,” Polwart said. “That will be in the back of our minds – but we just have to go out there and play with the right attitude and play the game the right way.

“We can’t go into our shells – we have to score some tries and have some fun.

“It is pretty simple really.”

Pukekohe are hoping Super Rugby stars Finley Christie and Sam Henwood will be available to play what shapes as the biggest game for the club in recent seasons.

“I would hope to think they are but you just never know with those guys,” Polwart admitted. “It has been great to have them. It is really good for the club.”

Waiuku will be motivated to try and win the game and finish their season off on a high note.

They have arguably been the form team over the second round and coach Lawrence Lawrence is promising his side will be up for the occasion.

“We set a goal about four weeks ago to finish four from four and to finish at home on a good note is something we are all pretty keen to achieve and to help out a few of the lads from up the road,” Lawrence said.

Former All Blacks first-five Stephen Donald has played the odd game for Waiuku but Lawrence isn’t expecting him to take the field this weekend.

“Highly unlikely but if he reads this and he pops the phone call we will definitely make room,” Lawrence said.

Patumahoe will need to score five points out of their game against Papakura Ray White at Massey Park if they are to realistically have a shot at progressing to the semi-finals. Injuries have hurt Reon Graham’s side in recent weeks and he’s hoping to put together a side strong enough to claim a bonus point win.

Should they end up on the same number of competition points as Pukekohe, Patumahoe holds the tie-breaker having won their second round clash.

Karaka can still make the semi-finals should both Pukekohe and Patumahoe lose but they would have to beat Onewhero Silver Fern Marquees up the hill in their final round robin match.

Manurewa Kidd Contracting needs two bonus points or better out of its home game with Ardmore Marist South Auckland Motors to leapfrog Bombay into second and earn the right to play their semi-final at home.