Counties Power Game of the Week - Round 3 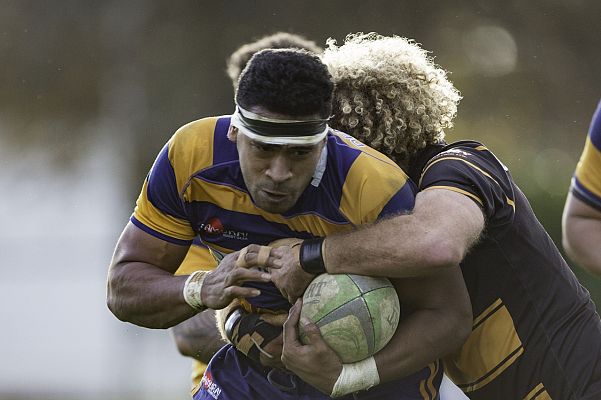 Two pieces of silverware are on the line in the Counties Power Game of the Week on Saturday with Patumahoe Troydon Patumahoe Hotel hosting Bombay.

The Zane Perkins Cup is up for grabs as it always is when the two clubs play each other while Patumahoe puts the Counties Power Cup on the line as well having captured it last week at Pukekohe.

The home side sits atop the standings having won their opening two matches while the four-time defending McNamara Cup champions have been a little scratchy to start their campaign. Bombay collected a narrow win at Onewhero in the opening week before losing to Karaka last weekend.

Patumahoe coach Reon Graham isn’t sure it is a good time to meet Bombay, who he expects to bounce back strongly.

“We are not reading anything into their results at all,” Graham said. “We know they had a few guys away that are due back this week against us.

“Any time you play Bombay you never take them lightly. They have won it four times and they have good structures in place and a good culture and they get up for the big games.

“It is still early days – it is really hard to get a gauge on any team at the moment.”

New coach David Ross was left frustrated with his side’s performance last week but is convinced they will make the necessary adjustments for such a big game.

“We were disappointed with the performance and result against Karaka on Saturday,” Ross said. “They just wanted it a bit more than us and being a home game and early season is quite disappointing for us.

“We will take a hell of a lot of learning from that performance against Karaka.

“I know there is a big rivalry between Bombay and Patumahoe coming up so I am sure the mindset of the boys won’t be an issue this weekend.”

That rivalry includes a number of people involved in both clubs having spent time at the other over the years. There are also some family connections as well and the two clubs have been at the pointy end of the standings over the past few years, which has further enhanced the rivalry.

“It has always been there,” Graham said. “The country clubs always have a good, healthy rivalry. The Patty-Bombay one has grown over the last few years because they have had the wood on us and we are always trying to get that one back.

“The Zane Perkins Cup is up for grabs, which is always good to win. He was a good mate of both clubs.

“Hopefully we can take one off them.”

Ross, who is new to the region, already has an understanding of this special rivalry and is looking forward to the next chapter being written this weekend.

“There is some good, healthy banter between the boys and the coaches who have played together or have family connections,” he said.

“Rivalries make sport great. We will go hard on the field and enjoy a beer with them in the clubrooms afterwards.”