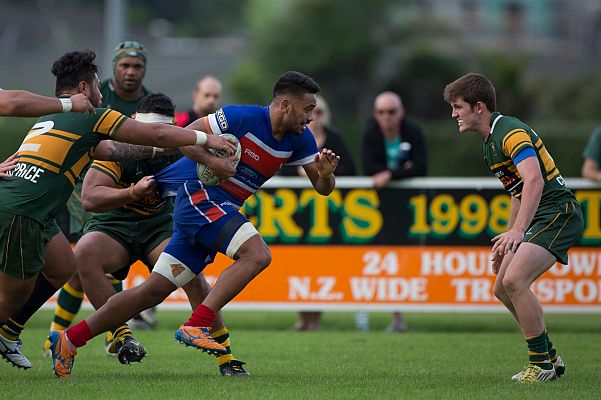 The two clubs have been regular contenders for the McNamara Cup over the past decade and a half and both teams have already shown the sort of form in 2018 that should see them fighting for the top prize at the end of the season.

With eight club titles between them since the turn of the last millennium and 14 in total these two sides have run into each on the big stage a number of times.

Pukekohe coach Mark Price has featured in a number of those clashes over the years and is expecting the same rivalry to continue this year.

“They have always been one of the top runners in the last few years and they usually have some pretty exciting backs and some decent sized forwards,” Price said.

“We are expecting a pretty good tussle up front and also if they spin it wide their backs can be pretty dangerous as well.

“They have a good all-round team.”

While mindful of what Ardmore Marist is capable of doing Price, a Counties Manukau Steelers centurion and double centurion for his beloved Pukekohe club, insists the primary focus will be getting the best out of their own performance.

“Personally I think at this point in the season we are trying to get our game going rather than worrying too much about what the opposition is doing,” Price added.

“We obviously do have a little look at what they are and what we think they will bring but most of it, at this time of the season, is tailored around what we would like to do.”

Ardmore Marist made a slow start to the 2018 season as they allowed Manurewa to get out to a big halftime lead in their opening game but they have stormed into top form ever since. They almost produced a stunning comeback win in that opening match – falling agonizingly close – before convincing wins over Waiuku and Papakura in the past fortnight.

That sees them sitting second on the ladder heading into the weekend but coach Doug Sanft has mixed views on whether his team has hit its straps just yet.

“Yes and no,” he admitted. “There are a lot of learnings to come through these last few games. I know Pukekohe had a good win on the weekend against Manurewa.

Sanft enjoyed a good rivalry with Pukekohe during his playing days and he expects that same competitiveness to transfer to the current squads come Saturday.

“I expect their physicality,” he said. “I know back when I was playing Pukekohe was always one of the top flight teams in the Counties Union and I don’t expect anything different.”

Bombay hosts Manurewa Kidd Contracting in a mouth-watering contest on Saturday while two in-form teams do battle up the hill at Onewhero when Karaka makes the journey south across the Tuakau Bridge.