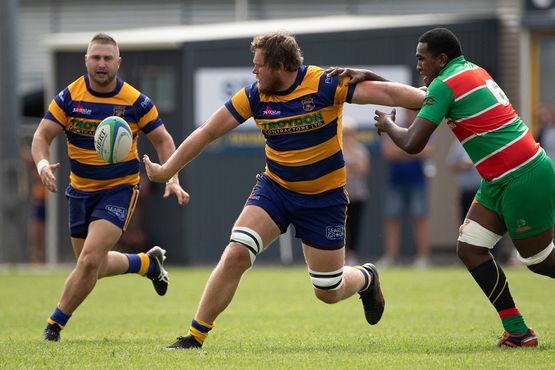 Last year’s McNamara Cup runners-up Patumahoe Troydon Patumahoe Hotel find themselves in a must-win situation as they face a rejuvenated Waiuku Brian James Contracting in the Counties Power Game of the Week on Saturday.

Patumahoe is fifth on the ladder but has all the work to do to close the gap to the top four and will have to factor in a bye and a slightly tougher draw than some of their rivals down the stretch.

“It won’t be easy – it never is against Waiuku,” Patumahoe coach Reon Graham said. “Everybody talks about how tough it is at Waiuku but it is tough wherever it is against them. They always front up and hang in the fight for the whole game.

“The ladder is so tight that we need to be picking up points in every game – we just have to have a good training week and put it on the park.”

Patumahoe has been decimated with injury particularly in the backs. Regular starters Sam Furniss, Jonny Wilkinson, Riley Hohepa, James Brady and Alex Eruera are all dealing with various injuries and are not likely to play. The Patumahoe back line might have been the best in the competition at full strength but they will be tested with a number of young players filling the void.

“A lot of injuries but injuries create opportunities for other guys and some of these guys are exciting young players and I am looking forward to seeing them give it a crack,” Graham added.

Waiuku is realistically playing for pride and to avoid finishing at the bottom of the table throughout the second round. They have shown signs of really coming to life in recent weeks, especially with an upset win over top four outfit Pukekohe Mitre 10 Mega a fortnight ago.

They pushed Karaka hard last week but fell away in the closing stages.

“We were in the game and had a few boys returning and sort of getting that cohesion of boys returning versus the ones that have been grinding out didn’t work there,” coach Lawrence Lawrence admitted. With another week of training he is confident his side can take it to Patumahoe.

“If we get to our shape better – we have had discussions about it and when we do get into shape faster we generally play a lot better and have better understanding of what we are doing,” Lawrence said.

“It puts us in a better mindset and gives us an opportunity to win games.

“[Patumahoe] have got real good manipulation in the middle so they can hit the edges quite easy so we know we will be tested there. They have always been good at scrum time so we know we need to front up there this week.”

Waiuku will also pride themselves on being spoilers for some of the top sides through the course of the season. They have already nailed the scalp of Pukekohe and would dearly love to add to that.

“For a lot of the sides at the bottom end we can dictate who makes that top four,” Lawrence said. A” lot of those teams competing for a top four are aware of that.”

Nui Wellington, who debuted back in 2005, will play his 150th game for Papakura and there will be a short presentation after the match at 5.30pm to honour his achievement.