Daymon Leasuasu set to make Chiefs Debut off the bench 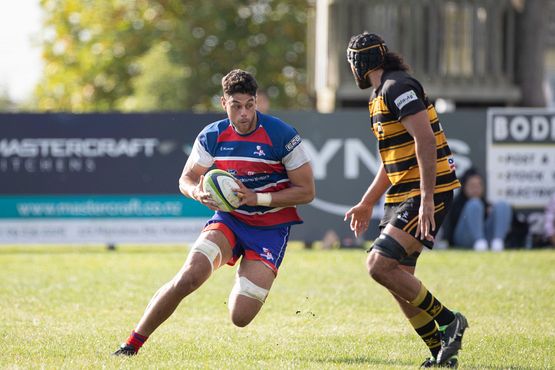 The Gallagher Chiefs will return for their final regular season game at FMG Stadium Waikato for 2019 when they face the Reds on Friday at 7.35pm.

Head coach Colin Cooper has reshuffled his forward pack after Mitchell Brown sustained a knee injury against the Blues and Angus Ta’avao is on All Blacks leave. Nepo Laulala will start at tighthead, with Sosefo Kautai joining the bench as cover in jersey number 18. Tyler Ardron combines with Jesse Parete in a formidable locking duo. Sam Cane will start at six and Lachlan Boshier at seven, moving Mitchell Karpik to the bench in jersey number 20. Pita Gus Sowakula will complete the forward pack starting at number eight.

The only change to the exciting Gallagher Chiefs backline sees Alex Nankivell starting at second five eight in lieu of Anton Lienert-Brown who earns a week off with All Blacks leave.

On the reserves bench, Samisoni Taukei'aho moves onto the bench in place of Liam Polwart who has been ruled out with concussion. Counties Manukau lock Daymon Leasuasu is set to make his Investec Super Rugby debut off the bench in jersey number 19. Utility back Jack Debreczeni returns to the fold alongside Sean Wainui named on the bench in jersey 22 and 23 respectively. Loosehead prop Aidan Ross and halfback Te Toiroa Tahuriorangi retain their positions in the reserves.