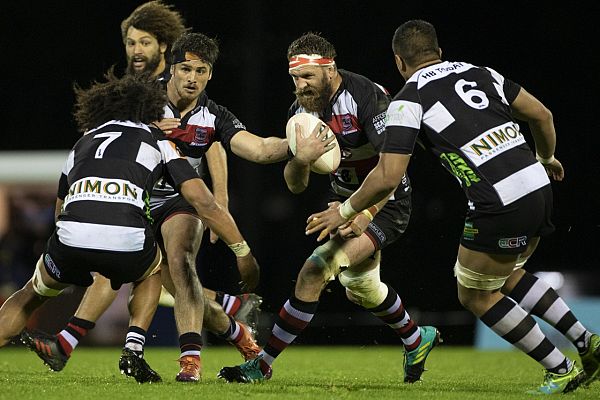 Earnest endeavour was not enough to provide the Counties Manukau PIC Steelers with a final home victory at Navigation Homes Stadium.

While the Steelers enjoyed a fair share of possession and opportunity, they paid heavily for turnovers at lineout and in the tackle in losing to Hawkes Bay 22-10.

At halftime, only a dubious try to Maori All Black captain Ash Dixon, who appeared to drop the ball over the line, gave the visitors the 12-3 advantage.

Hawkes Bay managed two first-half tries to Tom Parsons and Dixon, taking advantage of good turnover ball, while the home side got themselves into strong positions but crucial mistakes protecting the ball in the tackle or at lineout proved costly.

They came out with real purpose in the second half, when Hawkes Bay had a player yellow carded for a dangerous tackle on Sam Henwood but could not convert their opportunities.

It took 22 minutes of the second half before Tiaan Falcon kicked a 55m penalty to extend the lead for Hawkes Bay to 15-3, and four minutes later halfback Fotau Fakatava scored after the Bay fielded a poor Steelers clearing kick on their own side of halfway and opened up the home side’s covering defence to give them a 22-3 lead.

The Steelers fought back and were rewarded when loose forward Johnathan Kawau powered over after some strong driving play to close the margin to 22-10.

It was not the final home game result that the Steelers wanted, but there were plenty of positives, with mistakes at crucial times proving costly.

Props Tim Metcher and Conan O’Donnell – both have earned interest from potential New Zealand Super clubs – anchored a good scrum, while Viliame Rarasea, such a soldier for the Steelers, earned his 50th cap for the province.

Henwood made a huge difference in his return while Orbyn Leger was industrious at first-five and fullback Andrew Kellaway, who will head to the Rebels for Super rugby, again proved classy.

The Steelers have a final chance to finish on a winning note then they travel to Palmerston North for their season-ending clash with Manawatu next week.