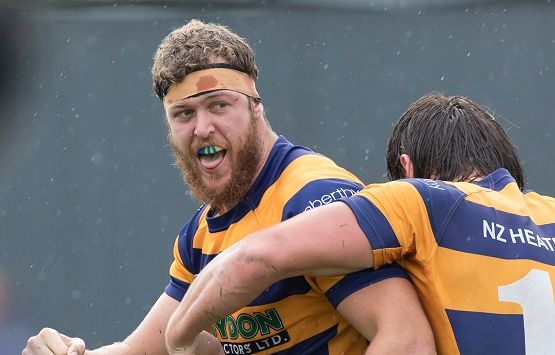 Tough as teak Patumahoe lock William Furniss will bring up 100 Premier games when the McNamara Cup season opens this Saturday.

Furniss will reach his milestone when he runs out onto Patumahoe Domain against old rivals Pukekohe.

The understated Furniss has long been talked about in hushed tones as one of the competition’s most under-rated players with those that have played alongside him know what attributes he brings to his side and how valuable he is.

“He is a quiet bloke that leads by actions on the field,” coach Brad Healy said. “The boys look up to him as one of our leaders.

“The way he plays and holds himself as a person on and off the field is everything a Patumahoe player is. Totally underrated.

“He will be one of our players to watch this year.”

Part of the extended Furniss family that has represented the club with distinction over the years, he played a number of those games alongside brother Sam and cousin Shea, while his father and uncles also were renowned Patumahoe players.