Graham goes with youth in first Steelers side 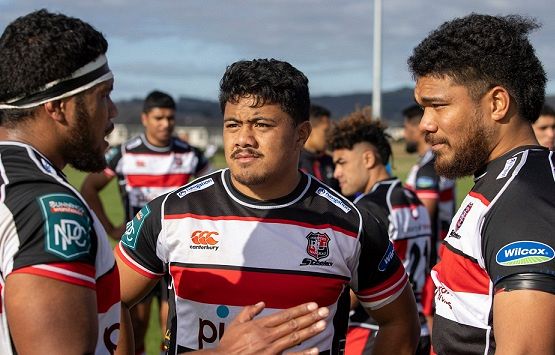 New coach Reon Graham has named eight players to make their Bunnings Warehouse NPC debuts when the PIC Steelers open their campaign against Otago at Navigation Homes Stadium on Saturday.

Graham promised to pick local when applying for the coaching job last summer and he has been true to his word, selecting an entire squad of home-grown players to contest the 2022 provincial competition.

Five of the eight debutants have come out of the Counties Manukau Rugby Academy, which has started to produce some real fruit in the past 12 months or so.

Pukekohe prop Kauvaka Kaivelata, Patumahoe lock William Furniss and Karaka number eight Sam Tuifua have all been chosen in the pack while the back line features Samoan international AJ Alatimu, who will make his first appearance for the PIC Steelers.

“It is exciting to give eight debutants an opportunity to wear the jersey and represent the hoops,” Graham said.

“We are really looking forward to getting the campaign underway after a couple of disrupted seasons with COVID.

“I’m confident in the group we have assembled and know they will represent our region with pride.”

The first PIC Steelers side of the season features nine Super Rugby players as well as former Irish international Sean Reidy, who makes a highly anticipated return to New Zealand rugby at open side.

The match kicks off at 2.05pm, following the Counties Energy Heat taking on Canterbury in the first match of the double-header.