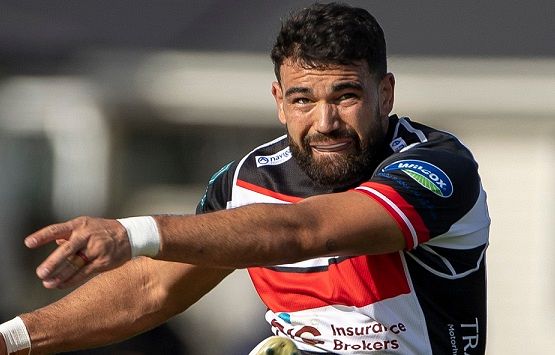 Riley Hohepa kicked a dropped goal a minute after the fulltime siren sounded as the PIC Steelers edged Otago 23-22 at Navigation Homes Stadium in Pukekohe Saturday.

The home side raced out to an early lead on the back of a dominant opening half hour in front of a sizeable and vocal crowd.

But Otago fought their way back into the contest and took control of the game in the second spell to open up a double digits lead with less than 10 minutes to play.

The PIC Steelers scored late and Hohepa landed a sideline conversion off the upright to bring them within three with a couple of minutes to go.

After working their way into penalty range, the PIC Steelers set for a dropped goal and Hohepa nailed it from 30m out to send the place into raptures.

“It feels awesome – just that hard work piece that we have been working on and driving with the boys,” coach Reon Graham said. “They didn’t go away and managed to hold on until the end and get the result.

“I am really proud of them.

“Heart, ticker, all of those words but also belief – there is some belief there.”

Overall Graham saw plenty to like but knows there were times where his side clocked off and didn’t get things right and that is what he will be working on ahead of next week’s Ranfurly Shield challenge in Napier.

“Two clear pictures to show the boys this week – one when we get it right, how easy it can be. And two, when we don’t quite execute how hard we make it for ourselves,” Graham added.