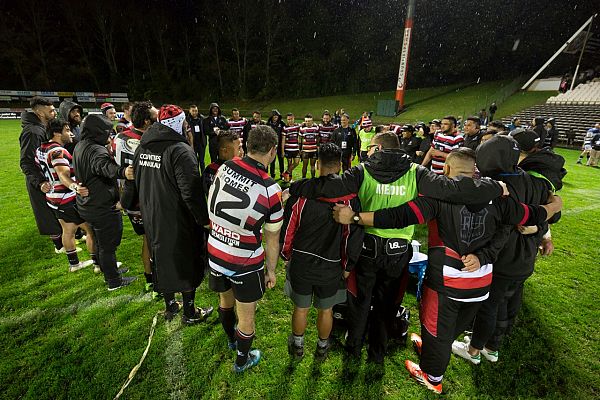 The match, which doubles as a Ranfurly Shield challenge, is four years almost to the day since the PIC Steelers won the symbol of supremacy in New Zealand provincial rugby for the first time in their history.

But head coach Darryl Suasua has not mentioned the words Ranfurly Shield to his team, adamant that a strong performance is his sole focus.

With one win from their opening four games, Suasua said his side has more basic goals for Wednesday night.

“We’ve not even talked about the Shield. We need competition points. We have to earn the right to stay in this competition and to wear the jersey.”

The PIC Steelers won their opening game over Auckland but lost without reward against Taranaki and North Harbour and dropped their standards in the loss to Waikato.

“We let the Taranaki game slip from our grasp in the final minute. And while we struggled territorially in the second spell against Harbour, the reality was that with four minutes to go we were still in that game.

There are only four players who played in that historic win over Hawkes Bay on 7 September 2013 in the starting line-up to meet Canterbury in Tupou, Pulu, Ronald Raaymakers and Baden Kerr.

Tupou returns at lock with Viliame Rarasea, with in-form lock Matiaha Martin injured in training, while Johnathan Kawau gets his first start on the openside flank.

In the backs Pulu and Kerr return at inside backs with last-game captain Stephen Donald moving out to second five, while Chiefs back Tim Nanai-Williams remains at centre after an eye-catching display against North Harbour and Samoan international Albert Nikoro moves to the wing for his first start.

The PIC Steelers have a strong looking bench that includes Maori All Black Joe Royal, halfback Jonathan Taumateine, outstanding against North Harbour and New Zealand Under-20 midfield back Orbyn Leger.

The PIC Steelers return home to meet Hawkes Bay at ECOLight Stadium on Sunday at 2.35pm, for their third game in 11 days.

For all home fixtures kids 13 and under will be FREE on the South Auckland Motors embankment thanks to Pak n Save Pukekohe. Match day Grandstand tickets are $20 for adult Grandstand, $15 for Students with ID and $10 for kids.  South Auckland Motors embankment tickets are $10 for adult and $7 for students with ID.  Individual tickets to the match are available from CMRFU office, the gate on game day or www.iticket.co.nz.

Corporate hospitality is available for all home fixtures.  Season Memberships are on sale from only $50 for a South Auckland Motors Embankment membership or $100 for a Grandstand Membership for an adult and $50 for a child. Memberships are available from CMRFU office and www.steelers.co.nz or www.iticket.co.nz. For any enquiries phone 09 2370033.

NOTE: Patrons on the embankment Umbrellas are allowed to bring umbrellas – please show respect in their usage if wet conditions.