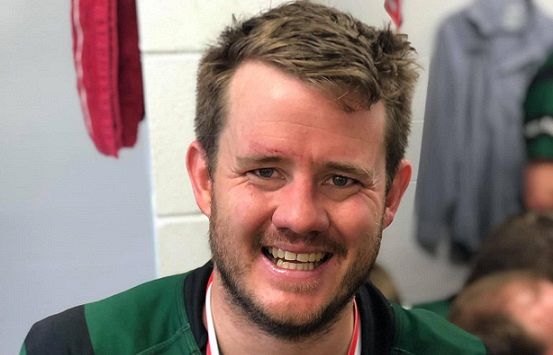 Maramarua’s Tom Mann will play his 50th game and earn a club blazer when his side hosts Te Kauwhata in the annual Golden Gumboot game in Sid Marshall Shield action on Saturday.

The two most south-eastern clubs in Counties Manukau Rugby have contested the famous trophy since the 1980s and it serves as this week’s Counties Energy Game of the Week.

Mann, who works for CLM in community sport, travels down from West Auckland to play each week.

“I’m pretty excited – I thought my rugby career was done and dusted when I moved up to Auckland,” Mann said. But I found an awesome rural club and I really enjoy playing my footy there.

“It is a special group of people that have bucked the trend in rugby clubs around the country in that they have managed significant growth over the past few years – they look after people off the field and get the community buy in because of it.

“I feel like a F1 driver at times because we have so many sponsors on our apparel.

“A dinner and few beers on Wednesday night in the club after training goes a long to making it worth the effort.”

Maramarua has endured a tough start to their season – they narrowly lost their opening round match to Drury in what was the Drury Centenary celebration game.

They then lost to Bombay’s Bob Chandler Cup side in week two before a bye last week.

But the challenge of playing against their neighbours always brings the best out of both sides and Mann expects this week to be no different.

“The Golden Gumboot has got a little bit about it – it tracks back to the 1980s to when Te Marawhero was a combination of the two sides. It is two country clubs going at it. Not a lot of love lost on the field but we enjoy each other’s company in the club after the game.”

The game kicks off at 2.45pm at Maramarua.