Manurewa makes it two from two 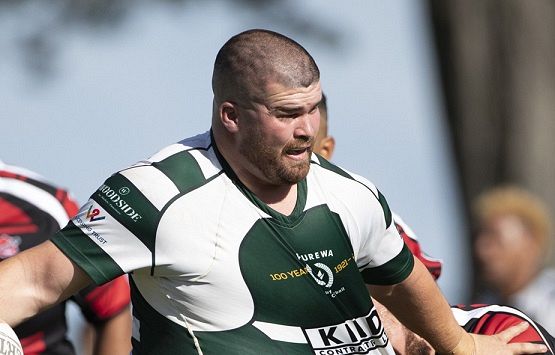 Manurewa made it two wins from two to start the McNamara Cup as they ran riot in the final quarter to hammer Papakura 69-27 at Mountfort Park on Saturday.

The two sides traded blows early in what became a high-scoring affair, but a couple of soft touches gave the home side some cheap points and that proved very costly for Papakura.

While there was a lot to like about Manurewa’s performance, and some of the attacking raids in particular will have other teams scrambling to find ways to thwart their offense, coach Jeremy Clark knows there are some areas to tidy up as well.

“It was a tough battle out there and we had to work and we let in some easy points so there is a lot of work to do too at training,” Clark said.

“We came right in the second half again and put some points on the board.

“We are up and down but we are not expecting everything at this early stage.”

Impressive lock forward Steven Leavasa and first-five Larenz Thomsen left the field in the second half and Manurewa will be sweating on how they pull up this week.

Defending champions Karaka joined Manurewa on 10 competition points after they secured a 28-18 win over Bombay at Bombay Domain.

After struggling to put away Papakura last week, Karaka too a step forward against opponents that are a proven quality.

“It was an improved performance on last week,” said coach Craig Hill. “We had better ball retention and made less errors.

“We’ve still got plenty of improvement and will need to coming into Manurewa next week.

“Antonio Kata was very good on his return and Sam Tuifua showed his skill with all four tries.”

Prop Patric Tulafasa celebrated his 50th game with a win.

Patumahoe were in celebration mode as well as they gave skipper Riley Hohepa and winger James Brady the perfect way to recognise their 100th and 50th games respectively, picking up an 85-7 win over Weymouth at Patumahoe Domain.

They took sit on the maximum 10 points after two games and new coach Brad Healy was delighted to get through the match without hiccup.

“It was a good game. No serious injuries but just a few sore bodies when you play a big team like Weymouth,” Healy said.

“The boys played well. Was a bit messy the first half but we expected that playing against an unstructured team like Weymouth. The last 30 was really clinical from the boys.

“Our finishers came on and made a big impact, which I was happy about.

“Great way to celebrate James’ 50th and Riley’s 100th game for the club. Credit to Weymouth for fronting up.”

Pukekohe got their first win under new coach Michael Porter as they bounced back from an opening week defeat to hammer Ardmore Marist 52-0 at Colin Lawrie Fields.

“I thought we finished off our opportunities well showed a bit more patience, which was nice to see and was really happy with our attitude on defense,” Porter said.

“Leo Ngatai and Jadin Kingi were outstanding in the forwards, and Sione Fifita was good – he got through a lot of work.

“Work ons for us are our discipline in the second half, which was disappointing, so will need to look at that.”

Pukekohe defeated Drury 34-14 at Drury Domain, Bombay accounted for Maramarua 36-17 at Bombay, Patumahoe beat Waiuku 52-15 and Karaka had to work hard to beat a spirited Puni side 40-31 at Karaka Sports Complex.

Manurewa proved too strong for Patumahoe in the Sid Marshall Shield battle with a 21-6 win at Mountfort Park while Te Kohanga edged Tuakau 12-5 for their first win of the season.

Karaka spoilt the party at Mountfort Park as they defeated Manurewa 33-17 in the Counties Energy Game of the Week in the Massey Cup U21 grade.

Patumahoe secured a 27-6 win over Pukekohe at Colin Lawrie Fields.

In U85kg action, Beachlands Maraetai claimed their first win of the season as they beat Papakura 21-3.

In other games, Waiuku continued their strong start to the season by knocking off reigning champions Patumahoe 39-17, Karaka edged Onewhero 20-12 while Pukekohe thrashed Bombay 50-0.

Papakura came out on top of a topsy-turvy game against Te Papapa Onehunga, taking a 29-21 win to make it a clean sweep for the Counties Manukau teams.