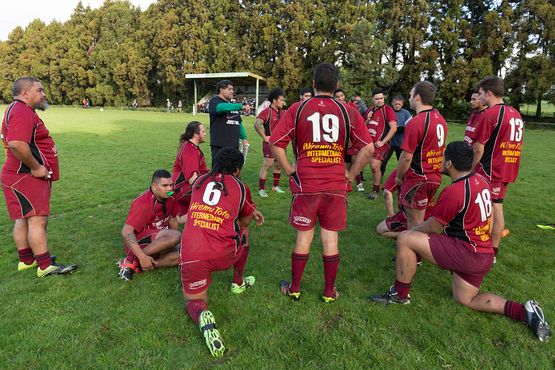 As we count down to the kickoff for the Premier 3 club season in Counties Manukau next month, Puni is keen to get the numbers up so they have a full set of reserves each Saturday and maybe even a few left over from the squad.

The club is holding its open night for registration on Wednesday March 6 from 5.30pm at the club. The Prem 3 rugby is competitive but not too intense, while the club has a welcoming and warm atmosphere centred around whanau.

“We’re trying to entice some of the old boys to come back and play. They’ve slowly trickled back in recent years, so we’ll keep plugging away,” says Mr Puni Rugby, Jack Kani, who is again coaching and will don the boots even as he counts down to his 60th birthday next year. The same management group – Les Brown as coach and former All Blacks wing Robert Kururangi as manager – will be lining up from 2018.

It will be a short pre-season, with just several trainings and no games before the March 30 Sid Marshall Shield opener against Te Kauwhata at Puni Domain.

“We’ll just have to go out nice and fresh and raw,” quips Kani.

The junior club is hoping to again have Rippa Rugby and Under 10 teams, though their season will start later in April. Dates for registration nights will be advised.

There was a lot of goodwill and celebrations around the club in November when Puni held its 75th jubilee weekend.

“It was incredible. It worked out even better than we thought it would be. The easy way out was to put it in the ‘too hard’ basket, but people know how old we are now,” says Kani.

“All the old boys came out of the woodwork and made it a good day,” says Kani.

Now the perennial search for players begins in earnest.

This story was brought to you with the help of Foundation North and CLM Community Sport.