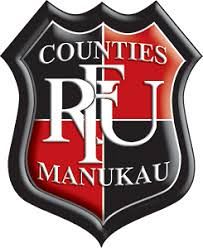 Long-time Counties Manukau Rugby supporter and sports reporter Rex “Punchy” Warwood has passed away at the age of 80.

A renowned community news champion, Warwood quickly worked his way up to become editor of the Franklin County News, where he was a big supporter of local sport and rugby in particular. He was a passionate supporter of the Bombay Rugby Club and Counties Manukau Rugby Union. But it was his love for the community where Warwood will be best remembered.

“I go right back to 1970, when I first started at Bombay,” Counties Manukau Rugby life member and Bombay stalwart Owen Paul said. “He was my first coach at Bombay. “He was always around Bombay – I think he played there in his playing days. “The big thing he did was writing the book to celebrate the club’s centenary – Struggle to the Top – in 1988.”

While many people in the community will remember the journalist, Paul said he was quietly spoken despite having strong views on most topics. “He was a genuinely nice guy. Quietly spoken but had strong opinions. He got on with everybody and took an interest in people.

“He was a real journalist. You always saw him at different sports, taking photos for his newspaper – firstly the Franklin County News and then Franklin Life. “He was a real community person.

“Whenever you saw him, he would stop and talk to you and ask your opinion on whatever was going on at the time. “On behalf of the Bombay Rugby Club, I pass on our condolences to his family and friends. He will be greatly missed.”

“Our thoughts are with his children, wider family and friends.”