Rivalry to the fore in both semi-finals 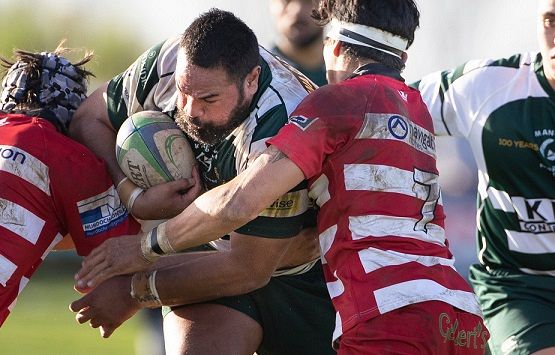 Manurewa and Karaka will square off in this weekend’s McNamara Cup semi-final just a fortnight after a scintillating round robin game that was decided after the fulltime siren.

The two sides met in an epic semi-final this time last year, with Karaka roaring back in the second half to win the game and go on and claim their maiden McNamara Cup title.

In an eerily similar scenario, Craig Hill’s side was able to score a try with time expired at Mountfort Park a fortnight ago to steal a win over their opponents.

Hill knows there will be nothing in this weekend’s contest.

“Manurewa are a very good side, hugely physical, with ball carriers who get really good go forward,” Hill said.

“We are going to have to meet that defensively, and our set piece needs to be accurate so we can attack rather than handing back possession.”

Neighbours Patumahoe and Pukekohe will meet in the second semi-final at Patumahoe Domain with the home side looking to extend their unbeaten streak this season and secure a spot in the final for the first time since 2018.

Brad Healy’s side have looked the dominant side so far and have already beaten Pukekohe three times this season – once in the pre-season and twice during the round robin.

Pukekohe had to work hard to earn their spot in the semi-finals, claiming a narrow win over Bombay last week to get there.

But what has happened so far this season counts for nothing with the semi-finals being a winner-takes-all scenario and Pukekohe know they are a strong chance.

“We will need to be at our best this weekend – there is a reason they are on top of the table,” Pukekohe coach Michael Porter said.

“But we are confident that we have a game plan to go out there on Saturday and get the job done.”

His opposite – Patumahoe’s Brad Healy – is urging his players to keep things simple.

“We need to stick to our structures and play what is in front of us,” Patumahoe’s Healy said. “The weather is meant to be quite wet on Saturday so which ever team adapts the best to the conditions will go a long way to coming out on top.”

Patumahoe hosts Manurewa in the Massey Cup U21 semi-finals with the two sides sharing some epic clashes over the past couple of seasons.

The corresponding round robin game ended in a draw and little separates the two teams.

Top qualifier Karaka hosts Pukekohe in the other semi-final at Karaka Sports Complex.

The home side will be favourites but Pukekohe will know they only need to get it right on the day to advance to next weekend’s final.

Manurewa hosts Drury in an important all-Sid Marshall Shield contest while neighbours Patumahoe and Puni meet in another inter-competition clash.