Round 4 Wrap vs Hawkes Bay 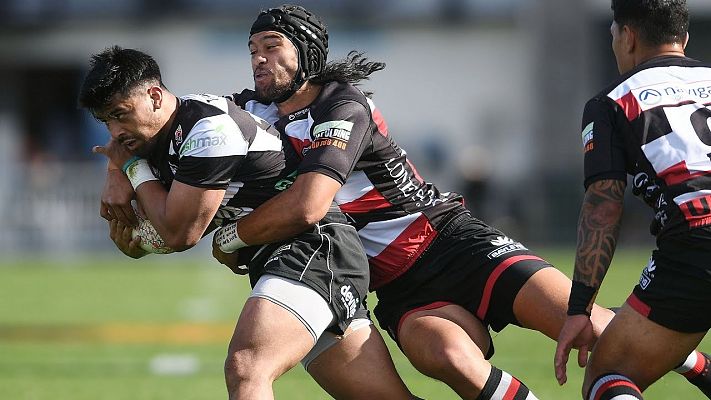 The proverbial game of two halves led to the first win of the Mitre-10 Cup season for the PIC Counties Manukau Steelers away to Hawkes Bay.

The Steelers produced an outstanding three-try second half to come away with a 29-25 bonus point win at McLean Park.

The normally placid coach Darryl Suasua delivered a stern halftime talk after a limp first half display where the Steelers were fortunate to only be 7-10 down following 40 minutes of errors in handling and at set-piece.

The Steelers ran in three second half tries, although they had to withstand a final onslaught from the home side who turned the ball over from the lineout when mounting a driving maul with fulltime up.

It was a courageous effort from the Steelers in their third game in 11 days and with a number of newcomers in the side.

The Steelers dominated the second spell, when they played with more physicality and trusted their running game – and limited errors that had plagued them in the first half.

Their lineout, still a work in progress, produced one of the moments of the game. They produced some training field trickery around their 5m lineout, with winger Tevita Nabura taking the ball, and passing to No 8 Dan Hyatt who drove through the gaping hole.

Hawkes Bay edged in front with an intercept try but the Steelers bounced back with a try to Joe Royal after an outstanding backline break from deep in their own half, and resulting recycled possession wide to the opposite wing.

The Bay edged back 25-22 with eight minutes to play before a remarkable Steelers backline break with Orbyn Leger bundled out 2m from the line. The Steelers forced the turnover and after more driving and physical play, captain Matiaha Martin dived over and with the conversion the visitors led 29-25.

They turned the ball over trying to play out time and gave away a penalty with time up as the Bay looked to launch from another 5m lineout drive. The ball was knocked forward before the Steelers dispatched it into the stands to begin their celebration.

Nabura had an outstanding game with a brilliant 75m solo try; Hyatt was impressive in his season debut amidst an impressive effort from his fellow loose forwards Matt Vaai and debutant Caleb Fa’alili; while and the midfield enjoyed a much stronger effort in the second half.

The Steelers travel to Invercargill to take on Southland next Sunday with the next home game at Navigation Homes Stadium against Wellington on Saturday 15 September with a 2:05pm kickoff.