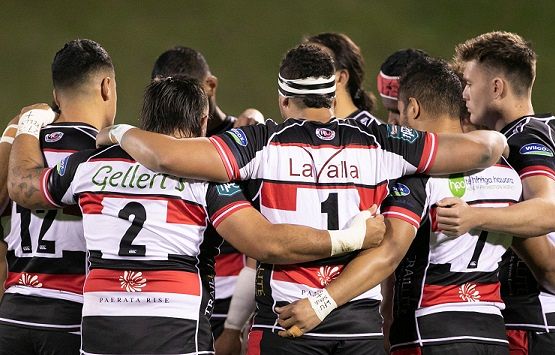 The PIC Steelers will start the Bunnings Warehouse NPC with a home game against Otago before a likely Ranfurly Shield challenge against Hawke’s Bay a week later while the Counties Energy Heat face arch rivals Auckland first up in the Farah Palmer Cup.

The draw for the provincial competitions was confirmed today and the PIC Steelers open their long-awaited campaign with a Saturday afternoon game on August 6, kicking off at 2.05pm, at Navigation Homes Stadium against Otago.

Reon Graham’s side will then travel to Napier for a round two clash with Ranfurly Shield holders Hawke’s Bay at McLean Park on Friday August 12. That game will almost certainly be a Shield challenge with Hawke’s Bay putting the Log of Wood on the line in the pre-season against Heartland Championship sides.

If successful, the PIC Steelers would defend the Shield a week later when they host Waikato back home at Navigation Homes Stadium, kicking off at 7.05pm.

The Manawatu game, in particular, could see a bumper crowd descend on Navigation Homes Stadium with the Saturday evening fixture falling on the same weekend as the V8 Supercars return to Pukekohe.

The PIC Steelers then take on Taranaki in New Plymouth four days later in their storm week.

Following a final away game against Southland in Invercargill, they will finish the round robin at home with the Jonah Lomu Memorial match against Wellington on Sunday 2 October at 2.05pm.

“I think when the season rolls around, we will all be excited to be playing in the hoops regardless of what the draw looks like,” Graham said. “Having said that it is very exciting to have a Saturday afternoon game to kick the season off against a strong team like Otago.

“Obviously an early Shield challenge is also something to look forward to however, it is important we start the season off strongly at home so we will be focusing on putting out a performance that our home crowd can be proud of against Otago first up.”

The Counties Energy Heat, meanwhile, take on Auckland from 2.05pm on Saturday July 16 before a first game at Navigation Homes Stadium against Wellington on Sunday July 24.

JP Faamausili’s side then heads to Palmerston North to play Manawatu on July 30 before returning to Pukekohe for a clash with competition heavyweights Canterbury on Saturday August 6 in a match that forms part of a double-header with the PIC Steelers.

After a trip to Tauranga the following weekend to play Bay of Plenty, the Counties Energy Heat return home for a final round showdown against neighbours and competition champions Waikato at 2.05pm on Saturday August 27.

“It is great to get three big games at home this year and having home support will be crucial against strong opponents like Wellington, Canterbury and Waikato,” Faamausili said.

“We are excited to be preparing for hopefully a full season after the disappointment of COVID-impacting our past two seasons.”

Season tickets will go on sale on May 26 while individual game day tickets for Counties Energy Heat and PIC Steelers games will be available from Flicket from June 23.