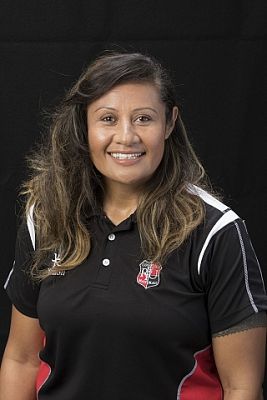 Cynthia Ta’ala is working hard behind the scenes in Counties Manukau to capitalise on the surge in interest of women wanting to play rugby.

The CMRFU women’s rugby development officer is targeting key age groups to further grow the game in the wake of the 2016 Heat victory in the Farah Palmer Cup and the golden exploits of the Black Ferns and Black Ferns Sevens in 2017.

“It has been a huge carrot, more so in terms of role models. Young girls came along to see Heat FPC games last season. In the past they would just have seen them on TV,” says Ta’ala, herself a former lock who played 26 games for the Heat, her rep career culminating in that famous win over Auckland in Pukekohe in the 2016 decider.

“At the moment, we are concentrating on having an all-new Rippa girls’ grade for Under 9s and Under 10s based out of the clubs,” she says.

There are already three teams confirmed for the season, which kicks off next month, and Ta’ala is hopeful of more to come. She is also looking at Under 14 and 16s grades run out of clubs. That transition from club to school and back to club is an important one for both boys and girls, more so the latter, where there has been a dropoff. Ta’ala would like to see club and school more connected in girls’ rugby.

“There is also a massive need for Under 14s and 16s grades. Last year was the first time Counties Manukau had run an Under 15 grade and there were over 30 girls attending each session.”

While it is imperative to have good numbers flowing through the junior grades, Ta’ala is cognisant of keeping the senior grades moving forward too. Numbers and depth are always the issues.

Ardmore-Marist and Manurewa will again fly the Counties Manukau flag in the pan-Auckland women’s premier grade in 2018, with Papakura, Waiuku and perhaps Pukekohe entering the premier development 10-a-side grade. There has been a senior women’s rugby void in the Pukekohe, Bombay, Patumahoe area, but that may be filled in the near future with the right support and coaching to match interest.

Ultimately Ta’ala would love to see that premier development grade move to a 15s competition and the likes of Papakura (a first year side in 2018), Waiuku and Pukekohe one day soon walking with the big guns of women’s club rugby in the region.

While Ta’ala herself admits she has “95% hung up the boots” after helping out the numbers with Ardmore-Marist in 2017, she will again coach the Counties Manukau Under 18 girls team.

“I really enjoy their company because they just want to learn. That’s an exciting youth grade and an opportunity to grow them off the field too. It’s helping them through that transition from senior (school) girls grade to women’s grade. They think it’s a big jump from Under 18s to club, but they are there,” says Ta’ala.

One of the other features of the CMRFU women’s rugby strategy is thinking outside the square in acknowledging the lifestyles of busy women. So there are occasions when one training a week, as opposed to two, might work. Ta’ala has already seen this approach work at her Ardmore-Marist club.

*Anyone keen to help coach girls or women in 2018 is invited to a free coaching course this Sunday at Auckland’s College Rifles club from 10am-5pm.