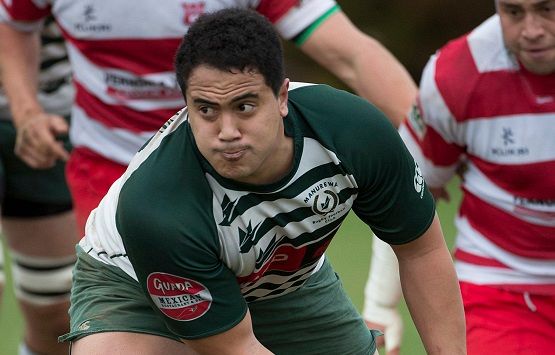 Veteran Manurewa prop Matt Talaese will bring up his 100th Premier game for the club on Saturday when they host Karaka in a crucial McNamara Cup clash at Mountfort Park.

The former Counties Manukau representative has been a tremendous servant for Manurewa in multiple stints dating back well over a decade.

Talaese has combined physical prowess with a high footy IQ to be a key contributor in whatever side has played in.

A win for second placed Manurewa would secure a home semi-final – something that is a significant advantage come knock out football as well as the financial boost for the club.

Defending champions Karaka are coming off a loss at home to Patumahoe and will not want to drop two games on the bounce as we approach the business end of the season.

The Matariki weekend of rugby gets underway tonight with two games being played under lights.

Bombay hosts Weymouth at Bombay Domain and will be seeking maximum points as they battle Pukekohe for the fourth and final semi-final berth.

Weymouth would love to play spoilers and are desperate to get that break-through win.

Unbeaten Patumahoe hosts Ardmore Marist at Patumahoe Domain and will secure a home semi-final with a win or even if they score a single bonus point.

Ardmore Marist would love to finish a challenging season with a win over a leading side.

Pukekohe travels to Massey Park to play Papakura on Saturday knowing a win would likely give them a slight advantage ahead of what is almost certainly a winner-takes-all game against Bombay next week.

A win over Papakura means a draw or potentially even two bonus points in a losing cause, could be enough to get Michael Porter’s side into fourth place.

Waiuku meets Onewhero in the U85kg competition final, which will be played at Navigation Homes Stadium in Pukekohe in the break between rounds of the Oceania Super Sevens competition.

This game is the Counties Energy Game of the Week.