Unbeaten sides to face off this weekend 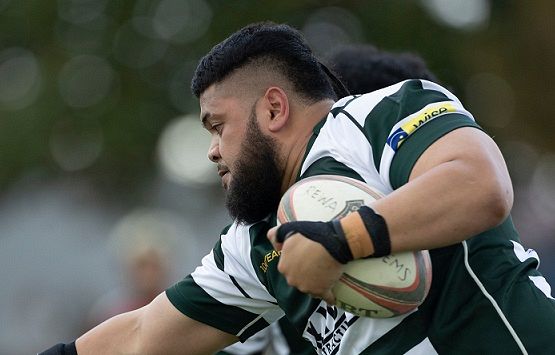 The two remaining unbeaten teams in the McNamara Cup will meet each other this week with Manurewa hosting Patumahoe at Mountfort Park on Saturday.

The two sides have been the standouts through the opening weeks of the 2022 competition and the two semi-final regulars in recent years again look to be in title contention.

Manurewa lifted the Counties Energy Cup from Pukekohe last week and coach Jeremy Clark was really pleased with the way his side’s defense improved from the first few weeks.

“Defensively we did what we need to improve on and good to see that some to fruition,” Clark said.

“We’re looking forward to the next job ahead with the game against Patumahoe. Time to put in work this week.”

Patumahoe got a stern test from Bombay last week, trailing at halftime before pulling clear in the second spell.

Papakura picked up their first win of the season against Ardmore Marist while Karaka bounced back from their only loss of the year to comfortably beat Weymouth.

Bombay will play at home for the first time since the fire that destroyed their renowned Hive clubrooms and changing sheds when they host Ardmore Marist in what shapes as an important game for both teams.

The building carried a lot of memories for the home side, who have won a staggering five McNamara Cups over the past decade and there will be plenty of emotion around the fixture.

Both clubs have one win on the season and need to win this week to stay in touch with the top four.

Weymouth will be seeking their first championship point of the season when they host Pukekohe at Laurie Gibbons Reserve.

Both teams were soundly beaten last week and will be out to respond.

Karaka hosts long-time rivals Patumahoe in Massey Cup U21 action with the fixture being the Counties Energy Game of the Week.

The two clubs have battled hard in the grade for a number of seasons, and both look to be strong contenders once again this season.

“This week’s game will be another big challenge in a very strong five-team U21 Massey Cup competition,” Karaka co-coach Gary Franklyn said.

“Patumahoe have recruited well, which will challenge un in different ways to other teams.

“Their skill set in the forwards and hard running backs will challenge our defensive systems.

“That, combined with a well-timed bye week for them where they could take educated notes, means we will have to be on our toes for this one.”

Elsewhere in the grade defending champions Papakura will host Manurewa at Massey Park.

Two of the leading Sid Marshall Shield contenders run into each other this weekend with Waiuku travelling to Drury in what shapes as a mouth-watering contest.

Pukekohe’s Bob Chandler side will host Maramarua, who are reeling from an agonisingly close defeat at the hands of Te Kauwhata last week.

Te Kauwhata travels to Manurewa this week while Puni has the task of taking on Bombay’s Bob Chandler side.

The two Patumahoe sides play each other in what will be a bit of a first – their Sid Marshall side will be amped to have a crack at their high ranked clubmates.

Tuakau travels to Karaka Sports Complex to play the Karaka Bob Chandler side.

In U85kg play Waiuku hosts Beachlands Maraetai in a clash between two sides that have their eyes on the semi-finals.